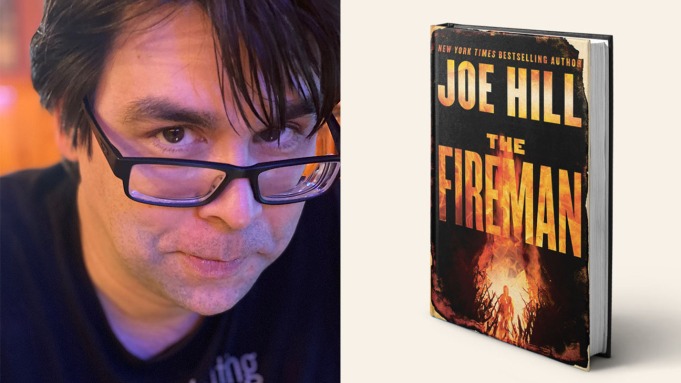 Joe Hill’s ‘The Fireman’ in the Works as TV Series

Walden Media is teaming up with Joe Hill to develop a series based on his 2016 novel, The Fireman.

In The Fireman, the United States is rocked by a plague that is highly contagious and causes those who are infected to burst into flames. Millions have caught the disease, nicknamed Dragonscale. There is no antidote. Cremation squads have popped up, roaming the streets to exterminate those they believe have Drgonscale. Amid this chaos, an infected nurse is set on a new path after a chance meeting with a mysterious man known as the Fireman.

Hill will executive produce along with Walden Media’s Frank Smith and Naia Cucukov.

“We’re so excited to be working with celebrated author Joe Hill on The Fireman. I can’t imagine a timelier book to be developing into a series,” said Walden CEO Frank Smith in a statement. “The Fireman showcases a theme that Walden holds very dear — the idea of celebrating ordinary people who rise in extraordinary circumstances.”