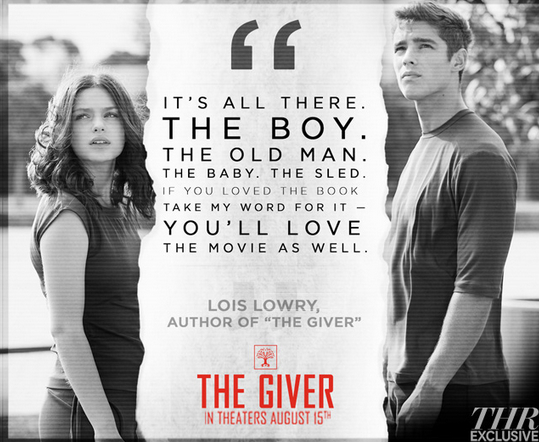 Fans of The Giver can rest easy today: Lois Lowry has reassured that if you love the book, you will love the film. The endorsement comes after an appearance with Jeff Bridges (“The Giver,” come-to-life!) at the American Library Association Annual Conference, where Lowry spoke about the collaborative process of making the film. She acknowledged that everyone envisions scenes differently in their head when reading, and that certain changes always have to be made to a novel-turned-movie in order to make it visually exciting on screen. Lowry explained that she was present on set and approved each step of the process as it was happening. She also excitedly reported that Jeff Bridges has always been a big fan of The Giver, describing him as a huge advocate for sticking to the original source material during filming. Lowry has seen the finished product, and she wants fans to “take her word for it” that if you are a fan of the book “you’ll love the movie as well.”

Read the entire article at The Hollywood Reporter.