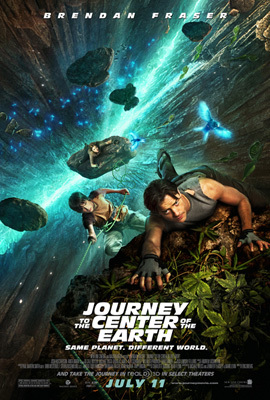 Journey To The Center Of The Earth

Brendan Fraser stars in this action-packed 3-D adventure based on the Jules Verne Classic. On a quest to find the center of the earth, Trevor Anderson (Fraser), his nephew (Josh Hutcherson) and their tour guide make a breakthrough discovery that launches them on a thrilling journey into the unknown. As they scramble to find their way back, the group travels through a never-before-seen world encountering creatures and objects never imagined.