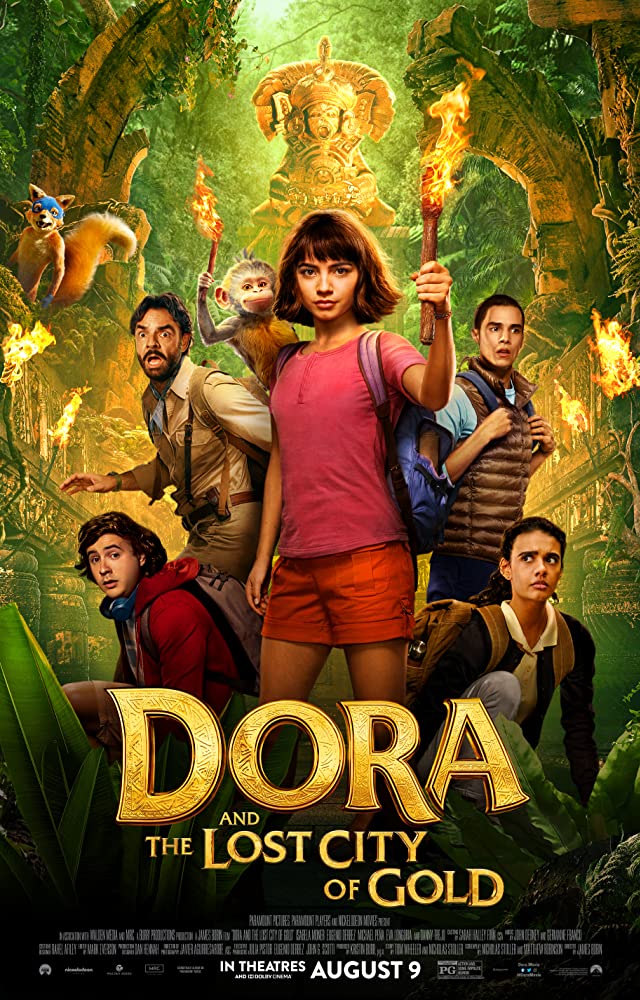 Dora and the Lost City of Gold

Having spent most of her life exploring the jungle with her parents, nothing could prepare Dora for her biggest challenge yet – high school.

When her parents mysteriously disappear while searching for the Lost City of Gold, Dora (Isabela Moner) must swing into action and lead a group of ill-equipped high schoolers on a wild quest to save them. Hold on for a high stakes mission as Dora and her new friends navigate the jungle, outrun treasure hunters and solve ancient puzzles to unlock the mystery of the fabled city. Grab your friends and family and join Dora on this fun-filled adventure of a lifetime!

Dora the Explorer also stars Eugenio Derbez, Michael Peña, and Eva Longoria, and is written by Nicholas Stoller and directed by James Bobin.