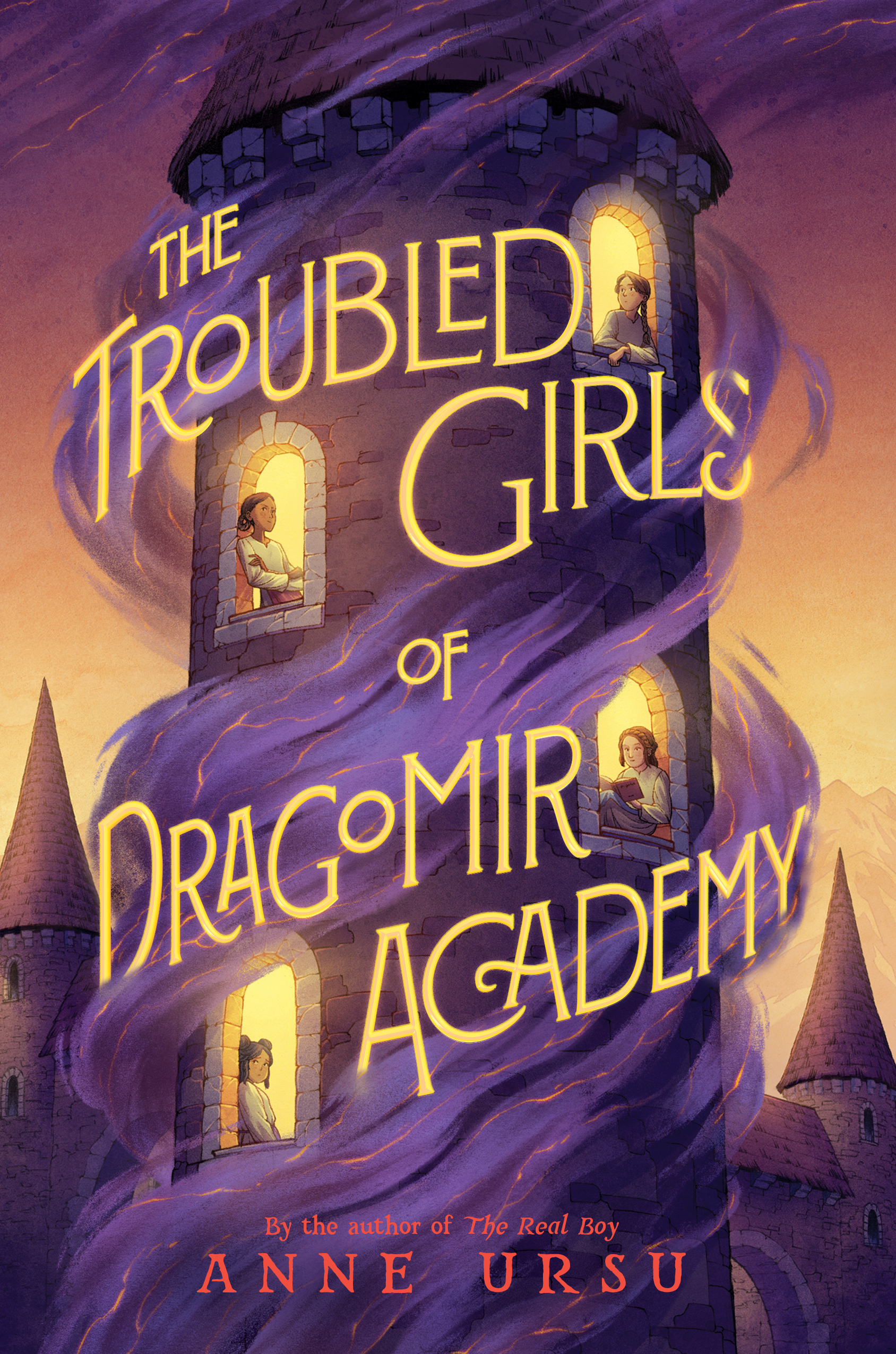 THE TROUBLED GIRLS OF DRAGOMIR ACADEMY

If no one notices Marya Lupu, it is likely because of her brother, Luka. And that’s because of what everyone knows: that Luka is destined to become a sorcerer. The Lupus might be from a small village far from the capital city of Illyria, but that doesn’t matter. Every young boy born in in the kingdom holds the potential for the rare ability to wield magic, to protect the country from the terrifying force known only as the Dread.

For all the hopes the family has for Luka, no one has any for Marya, who can never seem to do anything right. But even so, no one is prepared for the day that the sorcerers finally arrive to test Luka for magical ability, and Marya makes a terrible mistake. Nor the day after, when the Lupus receive a letter from a place called Dragomir Academy—a mysterious school for wayward young girls. Girls like Marya.

Soon she is a hundred miles from home, in a strange and unfamiliar place, surrounded by girls she’s never met. Dragomir Academy promises Marya and her classmates a chance to make something of themselves in service to one of the country’s powerful sorcerers. But as they learn how to fit into a world with no place for them, they begin to discover things about the magic the men of their country wield, as well as the Dread itself—things that threaten the precarious balance upon which Illyria is built. 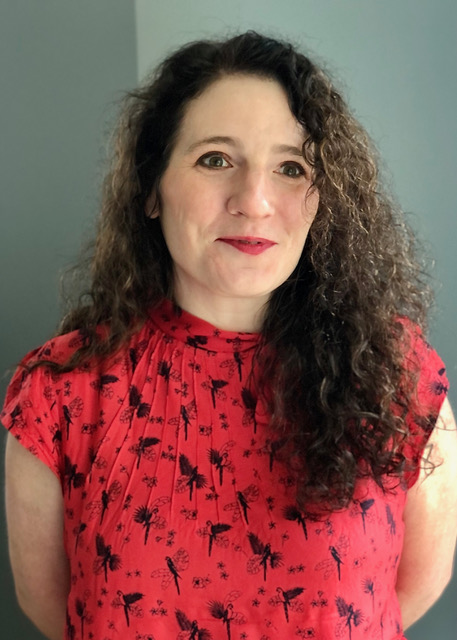 Anne Ursu is the author of several books for young readers and is the 2013 recipient of the McKnight Fellowship in Children’s Literature. Anne’s latest book, The Real Boy, is an Indie Next pick and on the 2013 longlist for the National Book Award. She is also the author of Breadcrumbs, which was acclaimed as one of the best books of 2011 by the Bulletin of the Center for Children’s Books, School Library Journal, Publishers Weekly, Amazon.com, and the Chicago Public Library. It was also on the IndieBound Next List and was featured on NPR’s Backseat Book Club. Anne is also the author of the three books that comprise The Cronus Chronicles: The Shadow Thieves, The Siren Song, and The Immortal Fire.

Anne teaches at Hamline University’s MFA in Writing for Children and Young Adults, and lives in Minneapolis with her son and three cats.

“A wonderful and inspiring feminist fantasy.”

"An accessible, timely school story with a rather Transylvanian flavor to its fantasy setting. Ursu explores girls’ conditioning in timidity and shame in a male-dominated world and, ultimately, envisions a hopeful, female-determined future of magical ability."

"Readers present for the tale’s magical trappings and interwoven intrigue won’t be disappointed, and they’ll welcome Marya’s determination to assert herself as powerful in her own right."

"The remarkable Anne Ursu here crafts a wondrous fantasy set in a colorfully described medieval world of sorcery and magic, yet conveying a very contemporary-feeling and empowering feminist message. It's a thrilling coming-of-age novel featuring a feisty heroine, an ornery goat, an insufferable headmaster and intricate tapestries with coded messages."

“A suspenseful tale woven with secrets and magic, with a gasp-worthy twist at the end, The Troubled Girls of Dragomir Academy is everything I love about fantasy. Spell-binding.”

- Christina Soontornvat, Newbery Honor-winning author of A Wish in the Dark

“Anne Ursu practices her own brand of sorcery—the ability to craft wondrous, magical stories that are unlike anything you’ve ever read. Another extraordinary tale from a remarkably talented author.”

"A thoughtful and incisive story of lies told to control people and the complicated girls who ask questions, push back, and keep fighting."

“It’s no secret that Anne Ursu is a gifted storyteller. The Troubled Girls of Dragomir Academy is intricately plotted and compulsively readable, with characters who will stay with you long after you stop reading. I could not put it down.”

"The Troubled Girls of Dragomir Academy manages the particular magic of being both a true fantasy novel and a clear-eyed reflection of the here-and-now. Bighearted, generous, and outstandingly original, this is a story only Anne Ursu could write."

- Elana K. Arnold, award-winning author of The House That Wasn't There 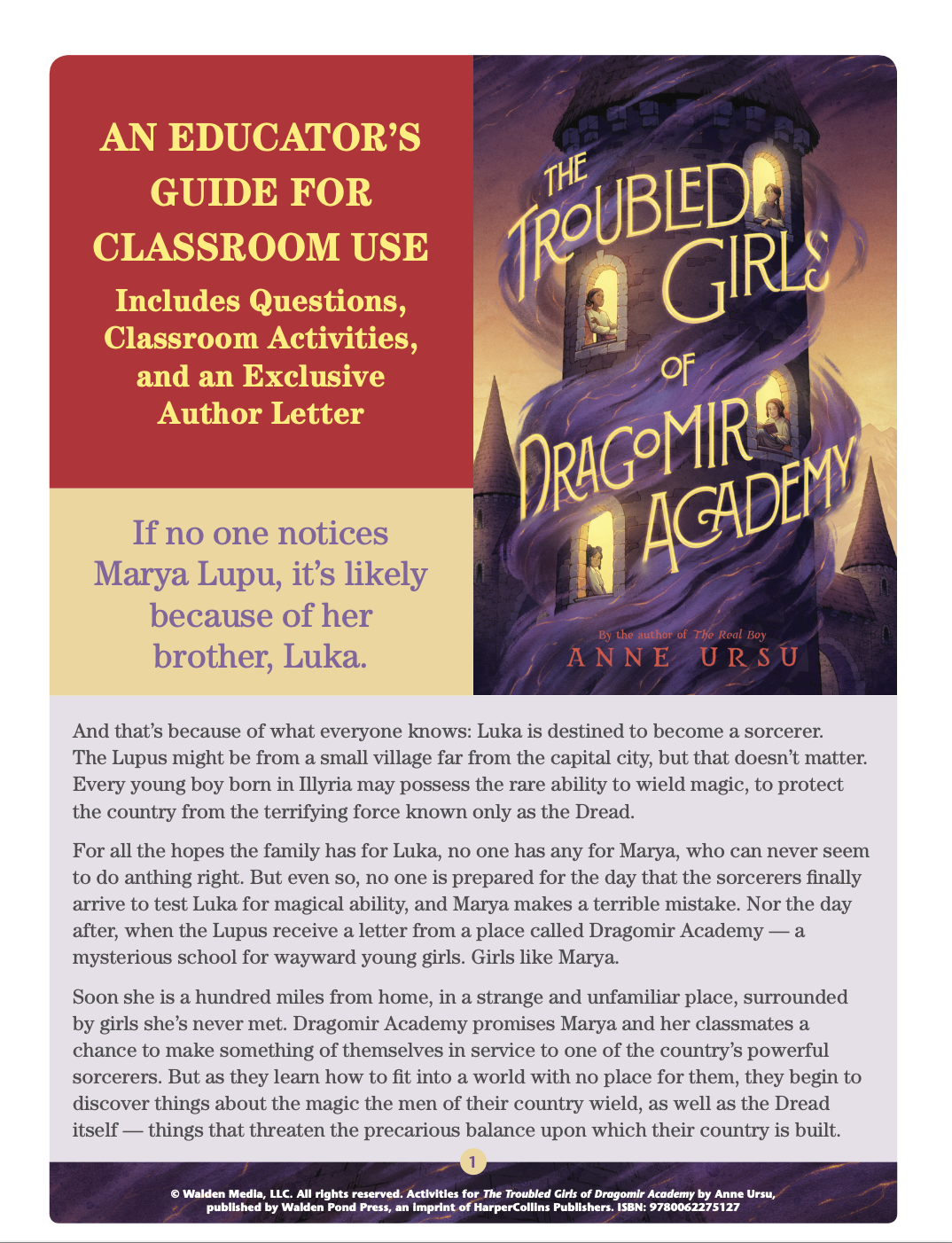