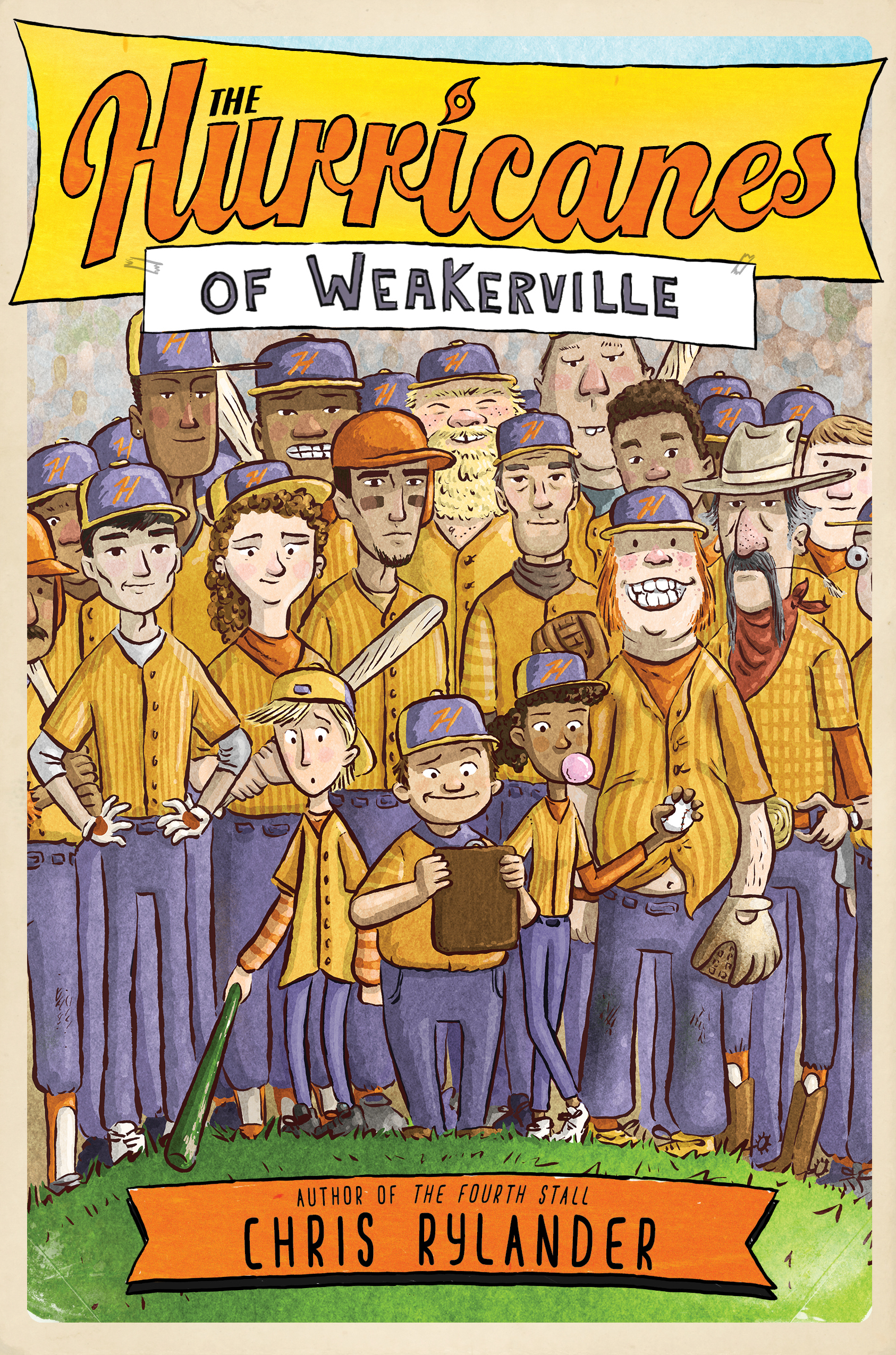 Middle grade star author Chris Rylander brings his signature sense of humor, a compelling and original baseball story, and tons of heart to the story of the Hurricanes of Weakerville.

All his life, Alex Weakerman has had one passion: baseball. Specifically, the Hurricanes of Weakerville, Iowa—the scrappy independent-league team owned by his Grandpa Ira.

Even as team and the town have fallen on tough times, there’s no place Alex would rather be than at the ballpark—a hot dog in one hand, a pencil and scorebook in the other, keeping track of each and every statistic. Alex has never been all that great at playing baseball, but that doesn’t matter. For someone as painfully awkward as Alex, being a fan—and a wiz with baseball stats—is all he needs.

When Grandpa Ira passes away, though, Alex is crushed. He’s lost his best friend, and he doesn’t see any way that the team will survive. But Ira, it seems, has one last trick up his sleeve: his will names Alex the new manager of the Hurricanes.

Alex is as excited as he is terrified at the chance to finally put some of his fantasy baseball genius to use. But as he sets to work trying to win over the players, he soon learns that leading them to victory is about more than just stats. Will he be able to save his team, his hometown, and his family legacy?

From the author of The Fourth Stall, a SCBWI Sid Fleischman Humor Award winner and multiple state-award favorite, The Hurricanes of Weakerville is sure to appeal to middle grade readers looking for a funny book about real kids.

Chris Rylander is the author of the acclaimed and bestselling “Fourth Stall” saga, the “Codename Conspiracy” trilogy, and co-author of book three in the New York Times bestselling “House of Secrets” series. He lives in Chicago, where he eats a lot of raspberry jam and frequently tries to befriend the squirrels on his block.

“A peppy, inspirational tale with a sports backdrop.”