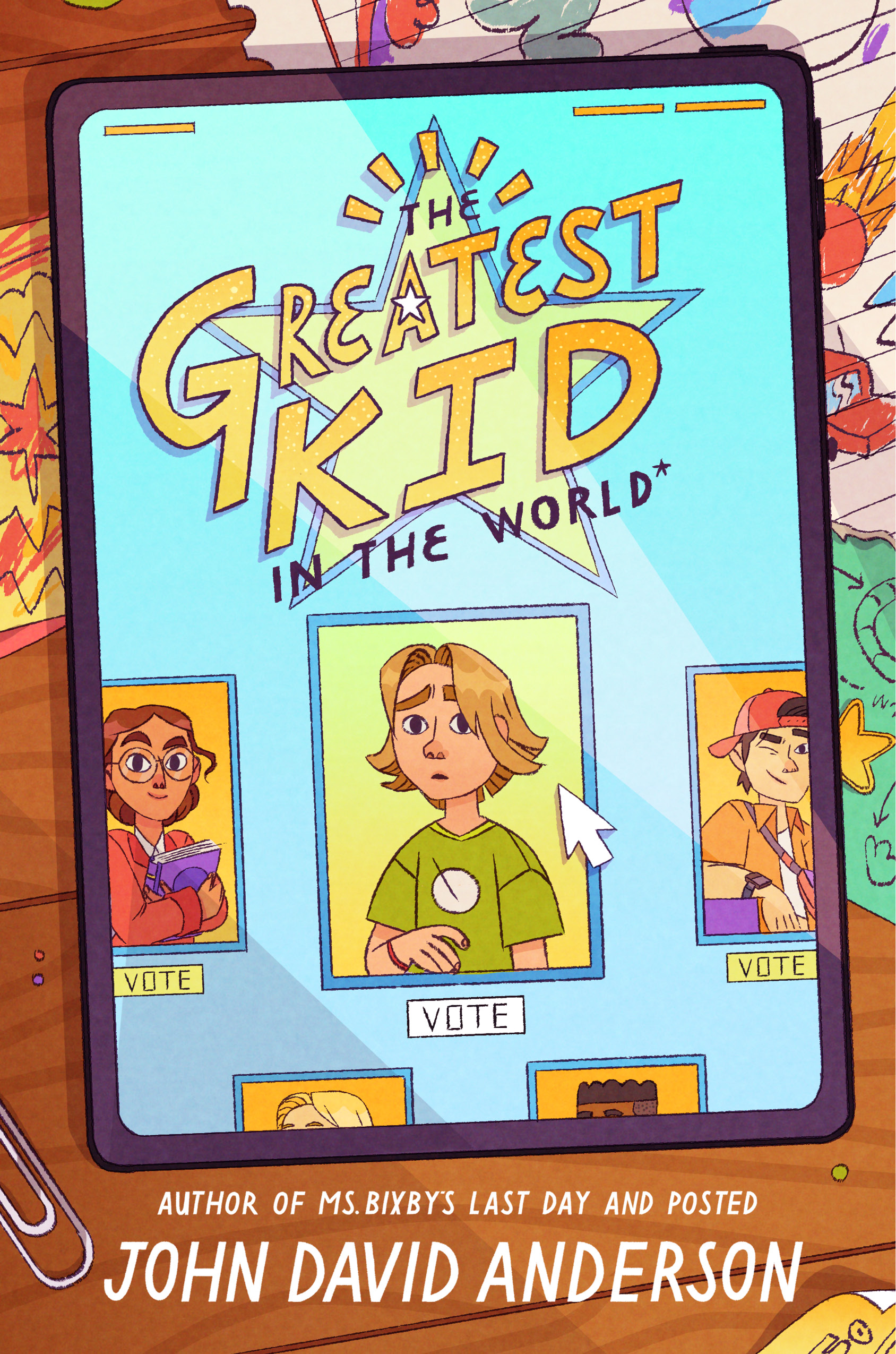 The Greatest Kid in the World

From the beloved author of Posted comes the story of Zeke Stahls—a thoroughly average twelve-year-old who somehow finds himself in a competition to be named the World’s Greatest Kid.

Zeke Stahls is not the best kid in the world. Some days he struggles just to be good. He’d rather be pulling pranks than doing extra credit, and he’s too busy performing experiments on his little brother, Nate, or tormenting his older sister, Jackie, to volunteer for charity. Which is why Zeke and his entire family are shocked when they receive word that he has been selected as a contestant in an online competition to find the World’s Greatest Kid.

Zeke has no idea how he was chosen for this, and he knows that measuring up to the other nominees—a saintly lineup of selfless, charming, and talented do-gooders with photogenic smiles and hearts of gold—is hopeless. Still, with a $10,000 cash prize on the line and Zeke’s mom struggling to hold the family together on her single-parent salary, he decides to give it his best shot. As Zeke concocts various plots to show the world just how “great” he is, however, he finds himself wondering what that word even means and who gets to decide. And what kind of kid he wants—and needs—to be.

John David Anderson, the acclaimed author of Posted and Ms. Bixby’s Last Day, returns with a humorous family story of love and loss and remembrance, and one thoroughly average kid’s quest to find the best inside himself.

John David Anderson is the author of more than a dozen beloved and bestselling books for kids, including the New York Times Notable Book Ms. Bixby’s Last Day, Posted, One Last Shot, Stowaway, Riley’s Ghost, and many more. A dedicated root beer connoisseur and chocolate fiend, he lives with his wonderful wife, two frawesome kids, and clumsy cat, Smudge, in Indianapolis, IN. You can visit him online at johndavidanderson.org.