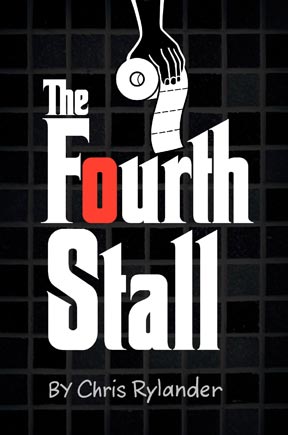 Do you need something? Mac can get it for you. It’s what he does—he and his best friend and business manager, Vince. Their methods might sometimes run afoul of the law, or at least the school code of conduct, but if you have a problem, if no one else can help, and if you can pay him, Mac is on your side. His office is located in the East Wing boys’ bathroom, fourth stall from the high window. And business is booming.

Or at least it was, until one particular Monday. It starts with a third grader in need of protection. And before this ordeal is over, it’s going to involve a legendary high school crime boss named Staples, an intramural gambling ring, a graffiti ninja, the nine most dangerous bullies in school, and the first Chicago Cubs World Series game in almost seventy years. And that’s just the beginning. Mac and Vince soon realize that the trouble with solving everyone else’s problems is that there’s no one left to solve yours.

"Debut novelist Rylander mines a substantial amount of humor and heart from this combination hard-boiled crime novel and middle-grade character piece. A light and enjoyable caper."

"Draws in even the most apprehensive young reader… A robust story rich in action, adventure, humor, and friendship."

"Mac narrates the tale with the arch flatness of a 1940s satire of the noir detective genre…Excellent."

"Here is an original-a story that really gets how guys are pals. It’s also funny, mysterious, and true to the heart of what really matters when you are in middle school. Do yourself a favor. Read it. Now."