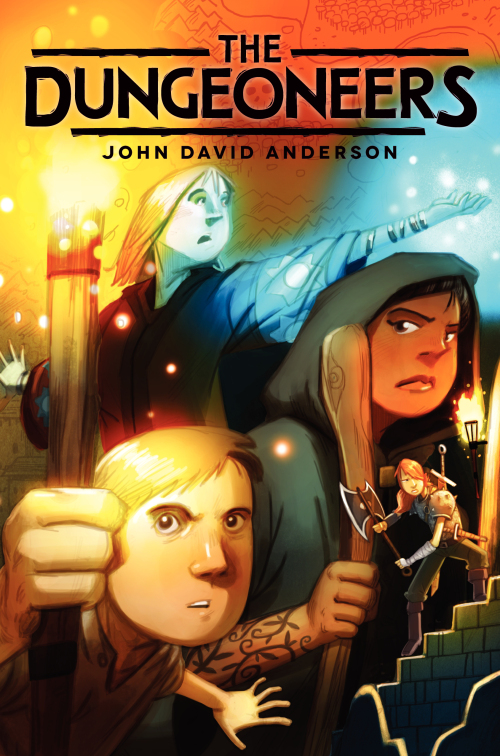 The Dungeoneers is an action-packed, funny, and heartbreaking middle grade fantasy-adventure from the author of the acclaimed Sidekicked and Minion, John David Anderson.

In an effort to help make ends meet, Colm uses his natural gift for pickpocketing to pilfer a pile of gold from the richer residents of town, but his actions place him at the mercy of a mysterious man named Finn Argos, a gilded-toothed, smooth-tongued rogue who gives Colm a choice: he can be punished for his thievery, or he can become a member of Thwodin’s Legions, a guild of dungeoneers who take what they want and live as they will. Colm soon finds himself part of a family of warriors, mages, and hunters, learning to work together in a quest to survive and, perhaps, to find a bit of treasure along the way.