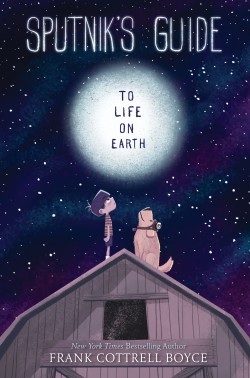 Sputnik’s Guide to Life on Earth

Prez is still learning to fit in at his new home when he answers the door to meet Sputnik—a kid who is more than a little strange. First, he can hear what Prez is thinking. Second, he looks like a dog to everyone except Prez. Third, he can manipulate the laws of space and time. Sputnik, it turns out, is an alien, and he’s got a mission that requires Prez’s help: The Earth has been marked for destruction, and the only way they can stop it is to compile a list of ten reasons why the Earth should be saved. Thus begins one of the most fun and eventful summers of Prez’s life, as he and Sputnik set out on a journey to compile the most important list he has ever made—and discover just what makes our world so remarkable. 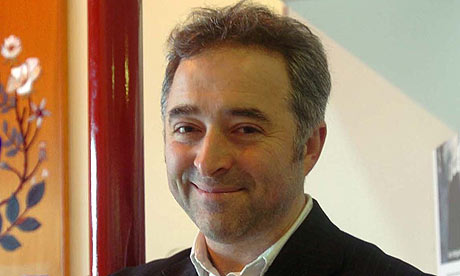 “Cottrell Boyce invites readers to suspend belief while going on a physics-defying, mind-bending adventure that’s sure to appeal to a wide audience. Begging to be read aloud and full of escapades, humor, and spunk, this is a stand-alone gem.”

“A raucous adventure with a heart of gold.”

“A funny and touching story about a boy who, through a transformative summer, learns to expand his definitions of family and home.”