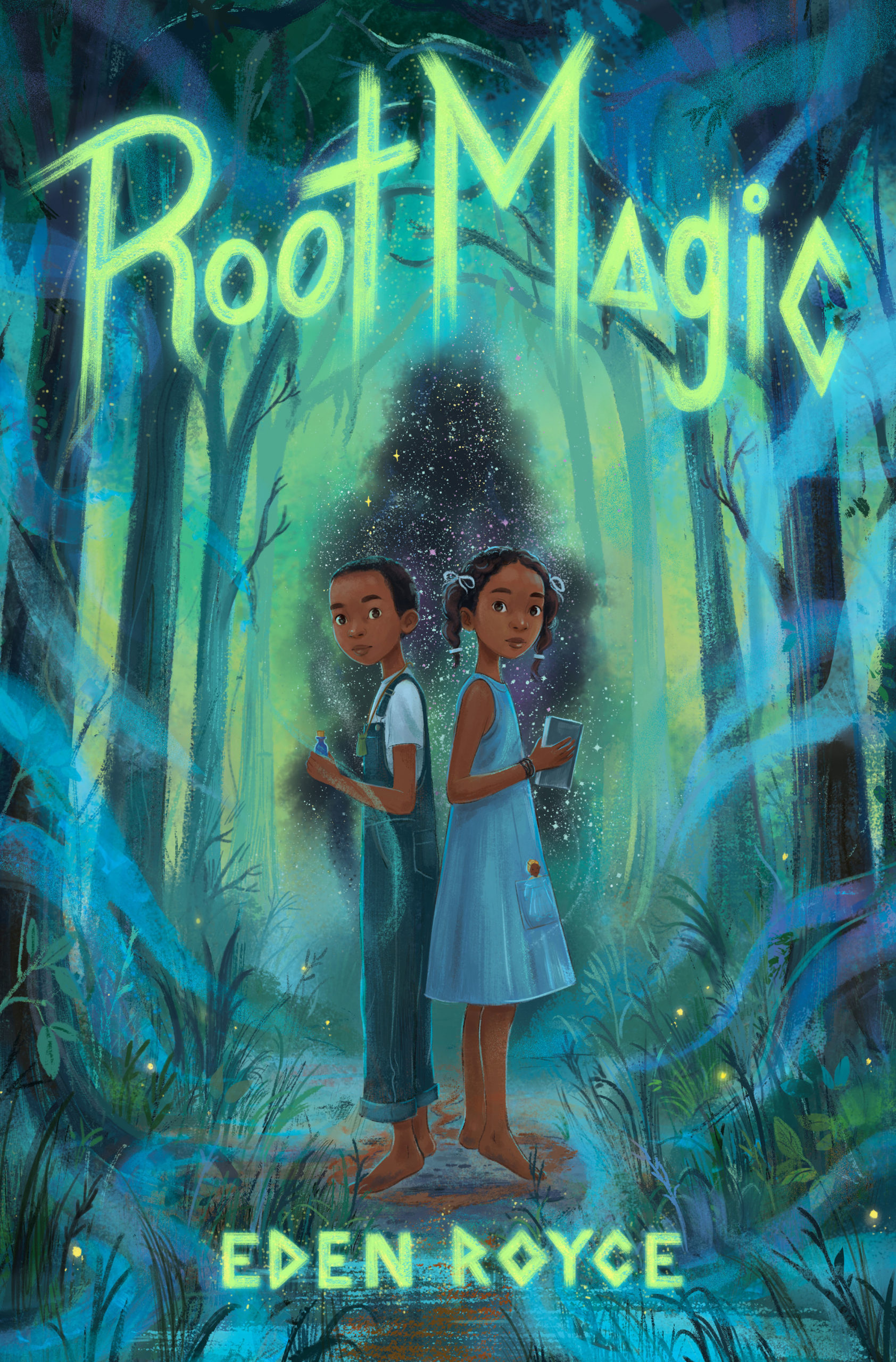 Debut author Eden Royce arrives with a wondrous story of love, bravery, friendship, and family, filled to the brim with magic great and small. A Walter Dean Myers Honor Award for Outstanding Children’s Literature and A Mythopoeic Fantasy Award winner!

It’s 1963, and things are changing for Jezebel Turner. Her beloved grandmother has just passed away. The local police deputy won’t stop harassing her family. With school integration arriving in South Carolina, Jez and her twin brother, Jay, are about to begin the school year with a bunch of new kids. But the biggest change comes when Jez and Jay turn eleven— and their uncle, Doc, tells them he’s going to train them in rootwork.

Jez and Jay have always been fascinated by the African American folk magic that has been the legacy of their family for generations—especially the curious potions and powders Doc and Gran would make for the people on their island. But Jez soon finds out that her family’s true power goes far beyond small charms and elixirs…and not a moment too soon. Because when evil both natural and supernatural comes to show itself in town, it’s going to take every bit of the magic she has inside her to see her through. 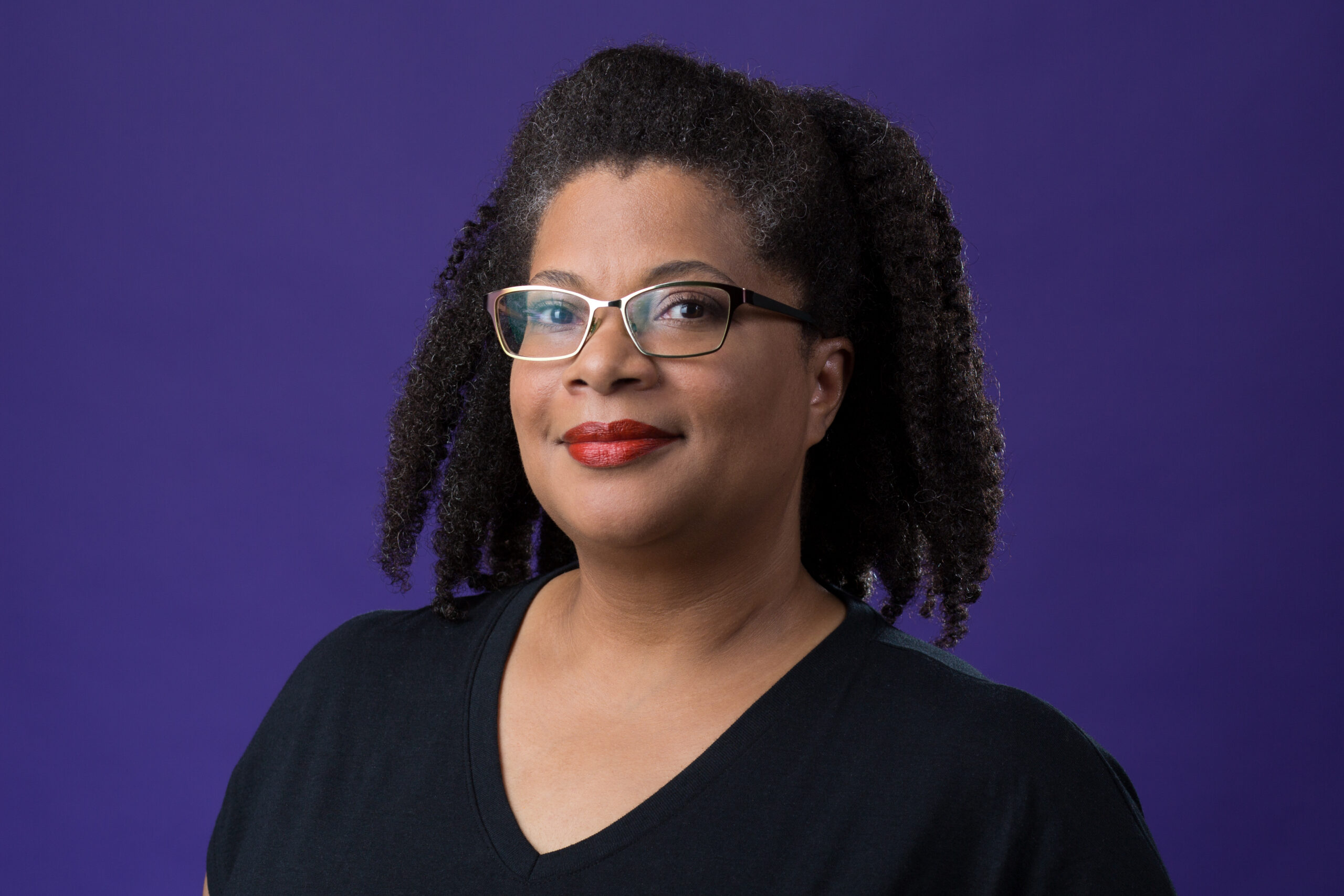 Eden Royce is from Charleston, South Carolina, and is a member of the Gullah Geechee nation. Her short stories have appeared in various print and online publications, including Fiyah, and she is the recipient of the Speculative Literature Foundation’s Diverse Worlds grant. Root Magic is her first book. Eden now lives in England with her husband and cat. You can find her online at www.edenroyce.com.

"This richly detailed narrative offers elements of magical realism against a backdrop of social change, presenting a convincing family story and exploring community differences. Although Jezebel is a spirited narrator, Jay and other characters are fully realized. A strong coming-of-age story grounded in a vibrant cultural heritage."

"This title adds nuance to textbook lessons about Jim Crow and broadens conceptions of Blackness with rich histories and customs that predate slavery. All the while, themes of friendship and acceptance, family, and the very real pains of outgrowing childhood tether this title to the seams of the heart. Readers will revel in the magic of root work, but, perhaps more important, they'll develop a deep reverence for the practice as they come to understand its groundedness in healing, restoration, and respect for all beings. A must-read, sure to leave readers wishing for more after the final page."

"Root Magic successfully blends mystical elements with historical ones for a novel that explores Gullah culture as well as the social upheavals of the 1960s. Readers who are easily frightened might want to read with the lights on—but if they do, they’ll discover a thoughtful story about a family taking on all obstacles, seen and unseen, together."

"South Carolina comes to life in this middle grade debut filled with magic and heart."

"There is power in allowing people to tell their own stories and not only power, but nuances that could never be captured by an outsider. Eden Royce gives us a radiant example of this needed phenomena in ROOT MAGIC."

“Eden Royce’s debut is a spellbinding southern gothic tale of bravery, family, and historic truths that need to be told. Black Girl Magic has never been more powerful.”

“A poignant, necessary entry into the children’s literary canon, Root Magic brings to life the history and culture of Gullah people while highlighting the timeless plight of Black Americans. Add in a fun, magical adventure and you get everything I want in a book!”

“Royce pulls back a curtain and invites the reader to a world within a world, a place in time full of both danger and magic. You won’t just read it; you’ll live it.”

- Saundra Mitchell, author of Shadowed Summer and All the Things We Do in the Dark

"This book has a magic entirely of its own."

"For fans of Tracey Baptiste’s The Jumbies, this book, with its rich language and evocative setting, is a great addition to the literature based on the folklore that sustained many people of color in their island communities." 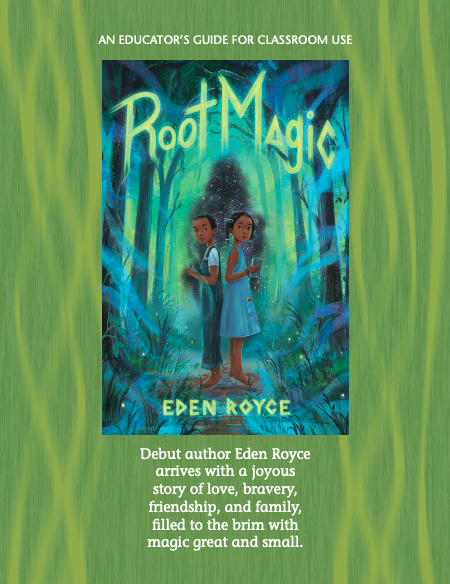