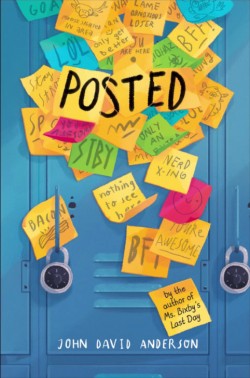 In middle school,words aren’t just words. They can be weapons. They can be gifts. The right words can win you friends or make you enemies. They can come back to haunt you. Sometimes they can change things forever.

When cell phones are banned at Branton Middle School, Frost and his friends Deedee, Wolf, and Bench come up with a new way to communicate: leaving sticky notes for each other all around the school. It catches on, and soon all the kids in school are leaving notes— though for every kind and friendly one, there is a cutting and cruel one as well.

In the middle of this, a new girl named Rose arrives at school and sits at Frost’s lunch table. Rose is not like anyone else at Branton Middle School, and it’s clear that the close circle of friends Frost has made for himself won’t easily hold another. As the sticky-note war escalates, and the pressure to choose sides mounts, Frost soon realizes that after this year, nothing will ever be the same.

John David Anderson returns with the story of five friends struggling to fit in, to find themselves, and to summon the courage to say the things that need to be said.

“Anderson dives into the world of middle school with a clear sense of how it works and what it needs. Kids, and the rest of the world, need more books like this one.”

“Anderson captures the tumultuous joys and pains of middle school with honesty, creating characters with whom readers will find common ground and insight. Words have lingering and persistent power, Anderson makes clear, but so does standing up for others and making one’s voice heard.”

“Acute observations about social media and school life and a smart, engaging narrator make this a journey well worth taking. Readers might even want some Post-it notes to mark the good parts.” 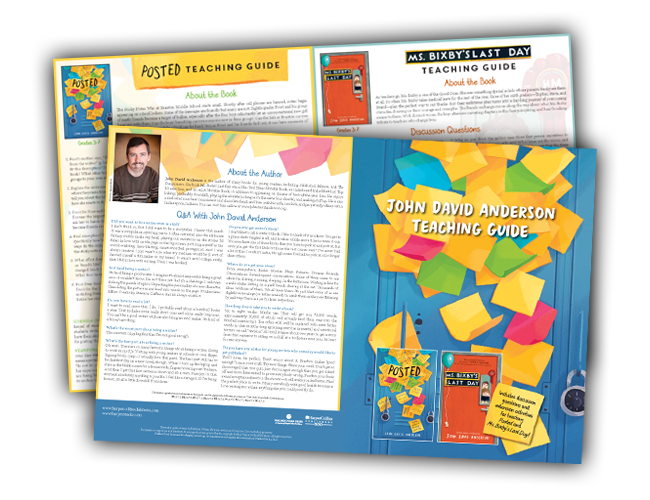