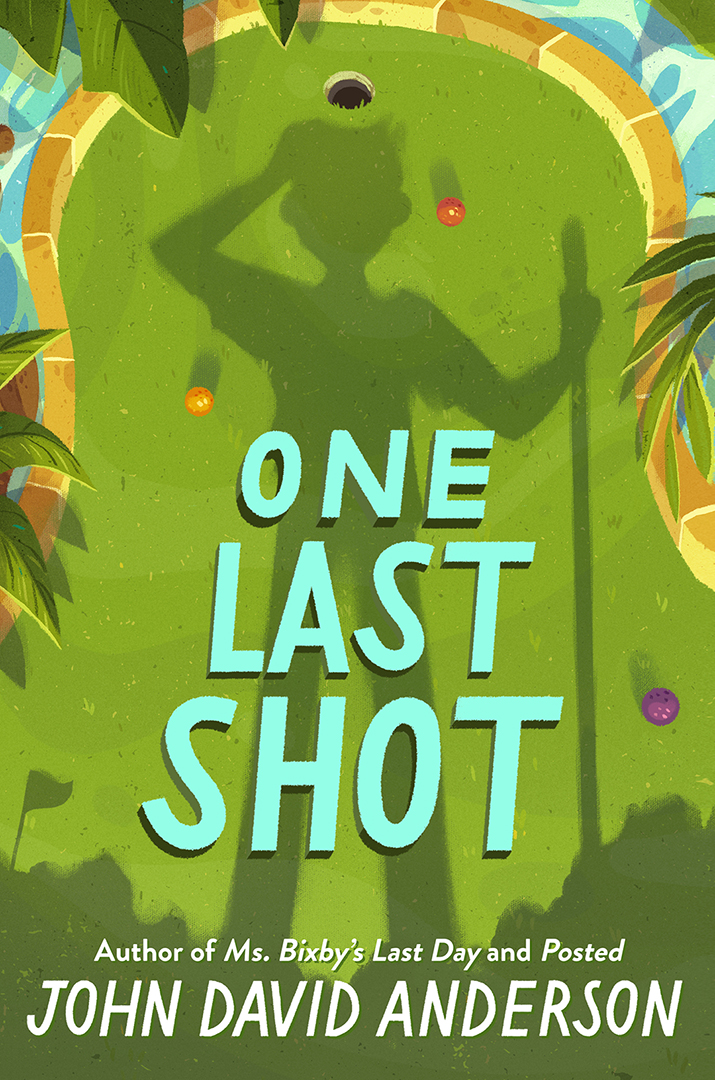 The beloved author of Ms. Bixby’s Last Day and Posted returns with a humorous, heartwarming story of family, friendship, and miniature golf.

For as long as he can remember, Malcolm has never felt like he was good enough. Not for his parents, who have always seemed at odds with each other, with Malcolm caught in between. And especially not for his dad, whose competitive drive and love for sports Malcolm has never shared.

That is, until Malcolm discovers miniature golf, the one sport he actually enjoys. Maybe it’s the way in which every hole is a puzzle to be solved. Or the whimsy of the windmills and waterfalls that decorate the course. Or maybe it’s the slushies at the snack bar. But whatever the reason, something about mini golf just clicks for Malcolm. And best of all, it’s a sport his dad can’t possibly obsess over.

Or so Malcolm thinks.

Soon he is signed up for lessons and entered in tournaments. And yet, even as he becomes a better golfer and finds unexpected friends at the local course, be wonders if he might not always be a disappointment. But as the final match of the year draws closer, the tension between Malcolm’s parents reaches a breaking point, and it’s up to him to put the puzzle of his family back together again.

Sure to be a well-loved addition to every collection, this belongs on the shelf of every library that serves middle grade readers. 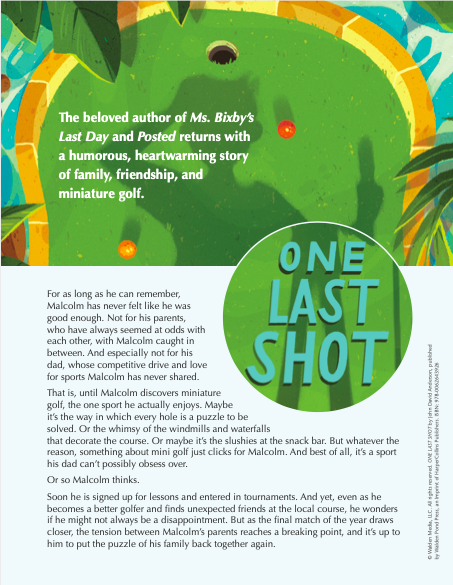