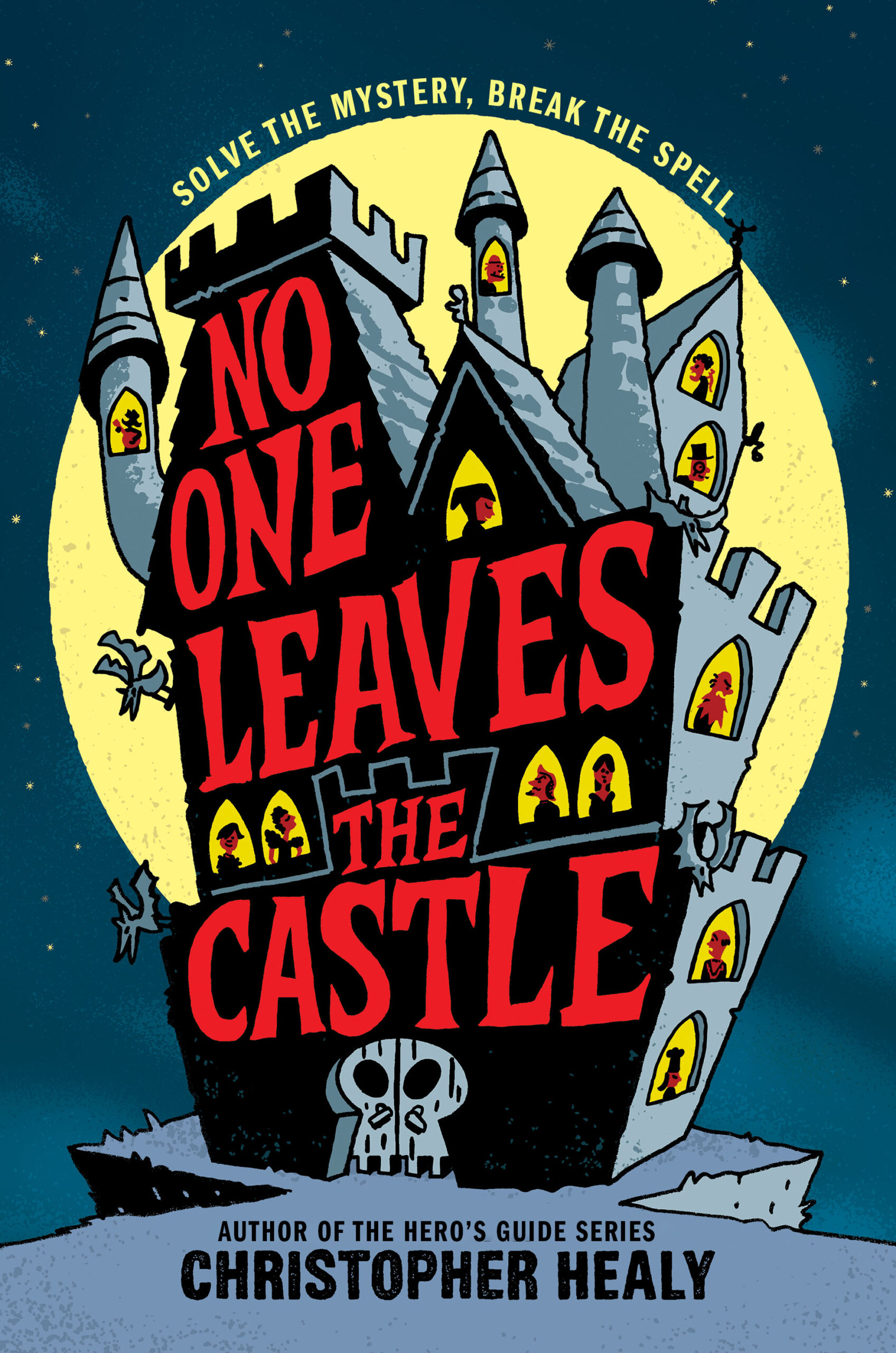 No One Leaves the Castle

Agatha Christie meets the Brothers Grimm in an unexpected, hilarious, and wholly original new fantasy-mystery from the beloved author of The Hero’s Guide to Saving Your Kingdom.

The Lilac. The bard songs say that she’s the world’s most fearsome bounty hunter. That there’s no criminal she can’t catch, no mystery she can’t solve.

None of that is true. Yet.

In reality, the Lilac is just a kid, and the bard who wrote all that is her best friend, Dulcinetta. But the Lilac has set her goals on becoming the best bounty hunter in the Thirteen Kingdoms—and when a priceless artifact goes missing from the home of famed monster hunter Baron Angbar, the Lilac and Netta are eager to apprehend the thief and make a name for themselves.

But when their investigation brings them to a dinner party at Castle Angbar, and they meet the Angbar family and their servants and guests—an unsavory group of nobles, mages, and assorted creatures, each more shady than the last—the Lilac begins to wonder if the reward is worth the trouble.

And that’s before the dead body is discovered.

Now everyone is magically sealed inside the castle—and there is a murderer among them. If the Lilac wants to make it out with her reputation intact, it’s going to be up to her to figure out who the killer is. But everyone in the castle—even the Lilac herself—has secrets to hide, and as the walls literally start to close in around them, the Lilac worries that her first job as a bounty hunter may be her last. . . .

Christopher Healy is the author of the the New York Times Book Review Editor’s Choice The Hero’s Guide to Saving Your Kingdom and its sequels, as well as the Perilous Journey of Danger and Mayhem series. Before becoming a writer, Chris worked as an actor, an ad copywriter, a toy-store display designer, a fact-checker, a dishwasher, a journalist, a costume shop clothing stitcher, a children’s entertainment reviewer, and a haunted house zombie. He lives in New Jersey with his wife, two children, and a dog named Duncan. You can visit him online at christopherhealy.com.