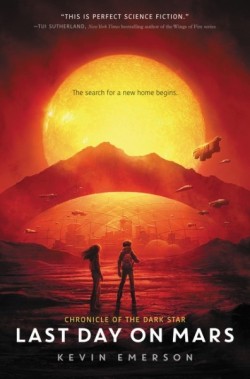 Last Day on Mars (Chronicle of the Dark Star #1)

It is Earth year 2213—but, of course, there is no Earth anymore. Not since it was burned to a cinder by the sun, which has mysteriously begun the process of going supernova far sooner than anyone expected. The human race has fled to Mars, but this was only a temporary solution while we have prepared for a second trip: a 150-year journey to a distant star, our best guess at where we might find a new home.

Liam Saunders-Chang is one of the last humans left on Mars. The son of two scientists who have been racing against time to create technology vital to humanity’s survival, Liam, along with his friend Phoebe, will be on the last starliner to depart before Mars, like Earth before it, is destroyed.

Or so he thinks. Because before this day is over, Liam and Phoebe will make a series of profound discoveries about the nature of time and space and find out that the human race is just one of many in our universe locked in a dangerous struggle for survival.

Kevin Emerson is the author of the The Last Day on Mars and The Oceans between Stars, The Fellowship for Alien Detection, the Oliver Nocturne series, the Atlanteans trilogy, Breakout, and Carlos Is Gonna Get It. A former science teacher, Kevin is also a drummer and singer, most recently with his bands Northern Allies and The Board of Education. He lives in Seattle, Washington. You can visit him online at www.kevinemerson.net.

“With high-stakes tension, propulsive action, multidimensional characters, and vivid scenes, this well-wrought and thrilling series starter is perfect for middle-graders who prefer their sci-fi to be grounded in the realm of the possible.”

“This first installment of the Chronicle of the Dark Star trilogy is ambitious, exciting, and just a shade terrifying.”

“With a focus on space and time travel, including well-researched and accurate science, the novel will be an easy sell for sci-fi enthusiasts.”

“This is perfect science fiction: a terrifying yet very cool vision of the future, lots of technological awesomeness, mind-bending alien mysteries, a mission to save the human race—and two funny, resourceful, very real kid heroes who I’d follow to the edges of the universe.” 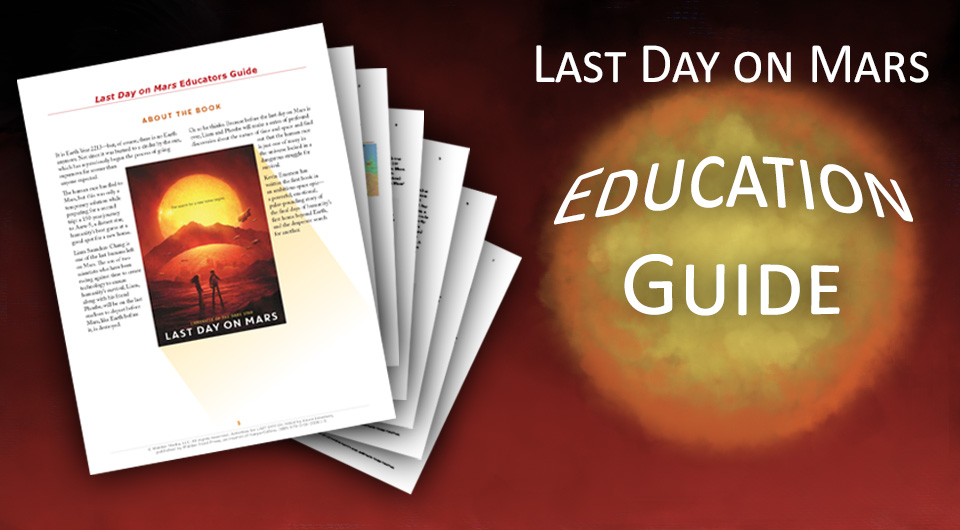