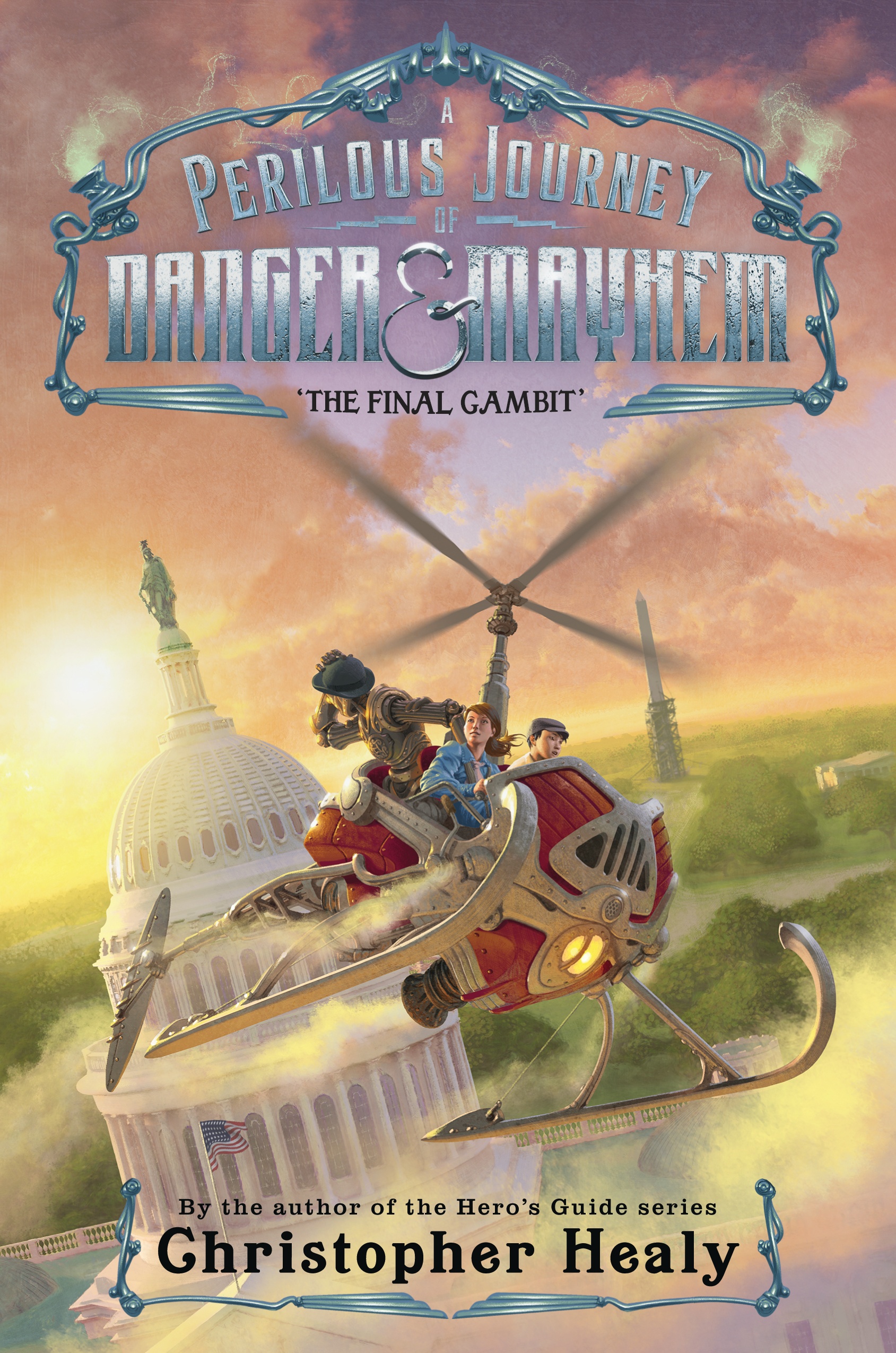 A Perilous Journey of Danger and Mayhem #3: The Final Gambit

It is 1884, and Molly and Cassandra Pepper, Emmett Lee, and Emmett’s long-lost father are sailing back to New York following their death-defying adventure in Antarctica. Having discovered a subterranean world at the South Pole while saving the world from certain doom once again, surely their accomplishments will finally earn them the recognition they deserve.

And so do the Peppers and Lees. They’re used to having their deeds covered up by the government in order to protect powerful men, and frankly, they’re sick of it. And when their return to New York doesn’t go the way they’d planned, they decide that maybe it’s best to go into hiding and accept that, perhaps, the forces aligned against them are just too great.

As the 1884 presidential election approaches, however, our heroes discover a plot against leading candidate Thomas Edison that only they can stop. It’ll be up to them to decide whether to come out of hiding, make the perilous journey to Washington, DC, and do the right thing one last time. Even if it means risking everything they have left.

Christopher Healy is the author of The Hero’s Guide to Saving Your Kingdom, a New York Times Book Review Editor’s Choice, as well as its two sequels, The Hero’s Guide to Storming the Castle and The Hero’s Guide to Being an Outlaw. Before becoming a writer, he worked as an actor, an ad copywriter, a toy store display designer, a fact-checker, a dishwasher, a journalist, a costume shop clothing stitcher, a children’s entertainment reviewer, and a haunted house zombie. He lives in New Jersey with his wife, two children, and a dog named Duncan. You can visit him online at www.christopherhealy.com.

"A fitting farewell packed with action, humor, and heart." 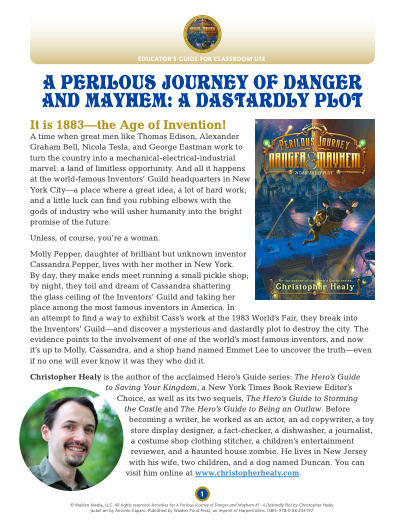