World Refugee Day + “I Am David”

In honor of World Refugee Day, observed each year on June 20, Randy Testa, Walden Media’s Vice President of Education and Professional Development, reflects on the making of I Am David. 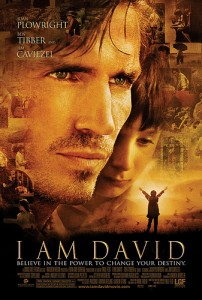 Walden Media’s 2004 film I Am David brings a little-known chapter of history to the screen: life in Eastern Europe at the height of the Cold War, particularly in the Gulag—the vast network of Soviet-run forced labor camps that operated from the 1930s to the 1950s. An adaptation of the 1963 novel by the same name, I Am David is the moving story of a 12-year-old boy’s escape from one such camp and the journey that followed.

In making the film, Walden Media partnered with the United Nations High Commissioner for Refugees (UNHCR). A central objective was to raise awareness of the 43.7 million people around the globe who currently live as refugees, according to UNHCR estimates.

I Am David was shown as part of World Refugee Day 2004 in Washington, DC, and again on World Refugee Day 2005 in Kiev, Russia and Minsk, Belarus. I accompanied the film, as Walden Media’s ambassador, if you will, to Kiev and Minsk. In Minsk, we were not able to offer a viewing with subtitles, so a translator translated the lines for the audience as the film played in English. The movie was greeted first with stunned silence, and then with rousing applause by tearful viewers, many of whom had relatives detained in the Gulag during the early 1950s.

As a supplement to the film, Walden Media created multi-disciplinary resources in English/Language Arts, Social Studies, Visual Arts, and Character Education emphasizing ways that educators and students can respond to the refugee crisis in the world today.  (Click here to download the I Am David Educator’s Guide.) I Am David is now available on DVD.