THE SKY BLUES Optioned for Film

The film rights to THE SKY BLUES, the debut novel by author Robbie Couch, have been optioned by Walden Media.

In THE SKY BLUES, openly gay high schooler Sky Baker’s small town turns absolutely claustrophobic when his secret promposal plans get leaked to the entire school in this witty, heartfelt, and ultimately hopeful debut novel for fans of What if it’s Us? and I Wish You All the Best.

Debut author Robbie Couch grew up in small-town Michigan, and has been published in HuffPost, Upworthy, and O, The Oprah Magazine, among other outlets. His debut YA novel, published by Simon and Schuster, is on sale now. 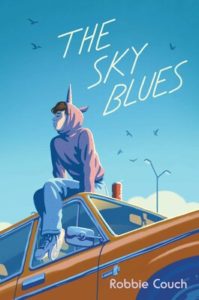