A newspaper from Lois Lowry’s home state of Maine interviews her in celebration of the upcoming movie release. Lowry describes how her childhood shaped her writing, the development of The Giver novel, and her involvement with the film’s making. See below for more highlights! 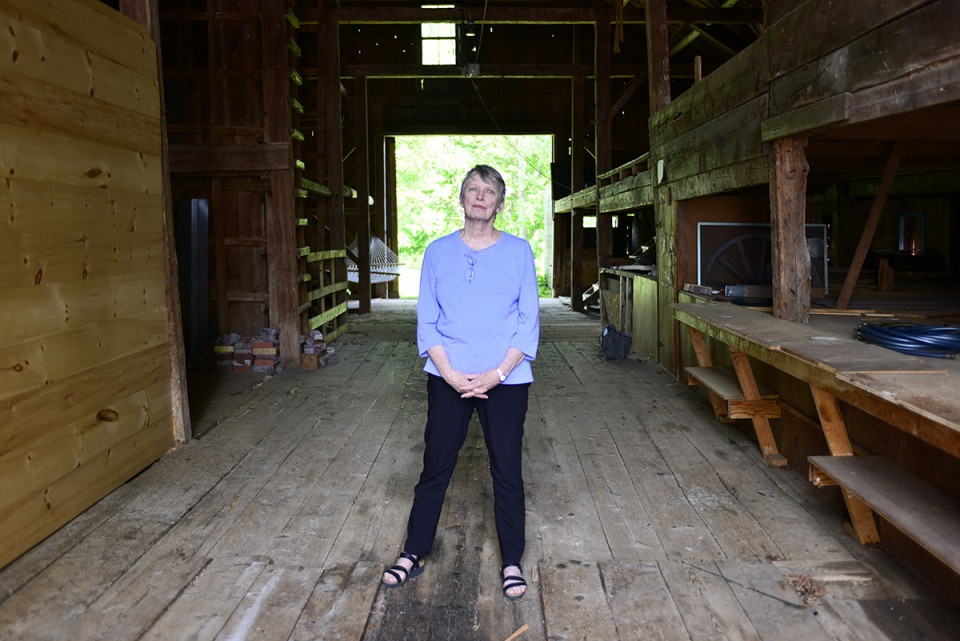 BRIDGTON, ME – JUNE 18: Lois Lowry at her summer home, where many of her books were written, on Wednesday, June 18, 2014. Lowry’s book The Giver is being made into a movie to be released in August. (Photo by Logan Werlinger/Staff Photographer)

Lowry describes her childhood as shy: “’I remember starting seventh grade in Tokyo, and my mother had given me a very short haircut. I remember hearing someone say, ‘Is it a boy or a girl?’ It’s still painful to me,’” said Lowry, 77, sitting in her 1769 farmhouse, overlooking Long Lake. “’Moving so often and being shy made me extremely observant. I felt it was important to notice what people wore, what people did. I observed everything.’”

“It may be Lowry’s ability to observe and to learn quickly that has helped her to stay involved in the filming of ‘The Giver.'”

Producer, Nikki Silver, describes her collaboration with Lowry: “’Lois has a strong point of view and she’ll tell you what she thinks, but she also knows we’re making a movie and she appreciates we won’t use every one of her suggestions… She really understood the difference in the two mediums and that makes her stand out (among authors). Her openness led us to keeping her involved.'”

Lois notes the symbolism that some readers find in The Giver: ‘There are some churches who use ‘The Giver’ in their religious school curriculum, and they find religious symbolism in it. And they find Jonas to be a Christlike symbol. I can understand how they see that, because Jonas, like the Jesus they’re referring to, does sacrifice himself in order to save ‘the people.'”