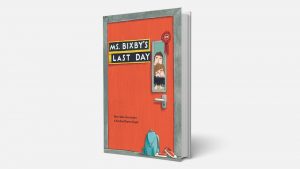 Teacher story “Ms. Bixby’s Last Day” is in development as a feature film with Gunpowder & Sky and Walden Media. The film is based on the novel of the same name written by John David Anderson.

Frank Smith, president and CEO of Walden Media, said, “Walden Media is thrilled to be partnering with Gunpowder & Sky to bring this unique and uplifting story to life as a feature film. ‘Ms. Bixby’s Last Day’ celebrates the human spirit, those teachers who shape and inspire us, and the kindness and sense of adventure of three best friends. Walden Media is proud to take part in adapting this award-winning book, published by Walden Pond Press, a joint imprint of Walden Media and HarperCollins.”

Read more about it at Variety!