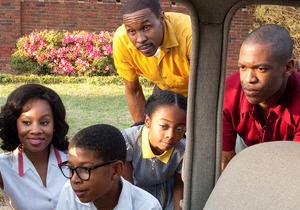 Music for the Trip of a Lifetime

“Well, well, well,” Dad said, leaning down into the car, “I see you three have the ultimate in taste. I see you’ve chosen the top of the line, the cream of the crop, the True-Tone AB-700 model, the Ultra Glide!” 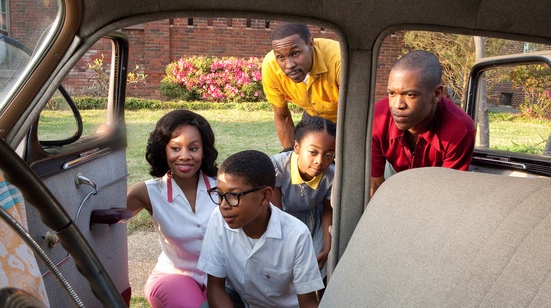 In The Watsons Go to Birmingham, Daniel Watson prepares for the family’s road trip from Flint, Michigan to Birmingham, Alabama by outfitting their 1948 Plymouth with the latest technology: the True Tone AB-700 Ultra Glide, a dash-mounted record player.

To win his wife Wilona over the to the idea of the record player –and its cost—Daniel Watson premieres the Ultra-Glide by playing her favorite tune on it, “Under the Boardwalk,” by the Drifters. As 10-year-old Kenny recalls in the book,

“The arm dropped and a little hollow boom bounced around in the car. A moment of silence and then…And then the most beautiful notes of music I’d ever heard came from the front of the car and the back of the car at the same time.” –The Watsons Go to Birmingham-1963, p. 116.

Kenny, on the other hand, likes his music a bit more up-tempo, as evidenced by his favorite single, “Yakety Yak,” by The Coasters. His family grudgingly endures repeated spinnings of the song as they head south, but to Kenny, it’s fresh every time.

“What could be better than driving on a mountain while ‘Yakety Yak’ played and cool, light air blew all over you?”– The Watsons Go to Birmingham-1963, p.148