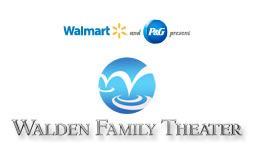 At Walden Media, we’ve always believed the best stories are those that speak to audiences of all ages. As a result, we’re particularly excited about our latest venture: Walden Family Theater—a series of Friday night movies on Hallmark Channel for families to enjoy together.

Created with our partners at Walmart, P&G and ARC Entertainment, Walden Family Theater is anchored by a lineup of original movies and will also feature a variety of beloved family films from Hallmark Channel’s vast library. 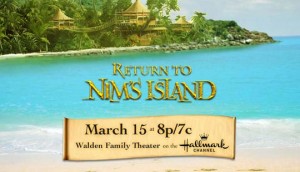 On March 22, Walden Family Theater presents Flicka, the 2006 film based on the classic novel, My Friend Flicka by Mary O’Hara. Alison Lohman stars in this tale of the bond between a girl and her horse. Flicka 2 and Hachi: A Dog’s Tale are among the films airing in the following weeks, with additional titles to be announced.

Each original movie in the Walden Family Theater lineup is supplemented by an activity guide featuring specially created recipes, crafts and educational materials that complement the film’s storyline. View the Return to Nim’s Island Activity Guide here, and don’t forget to tune in March 15!