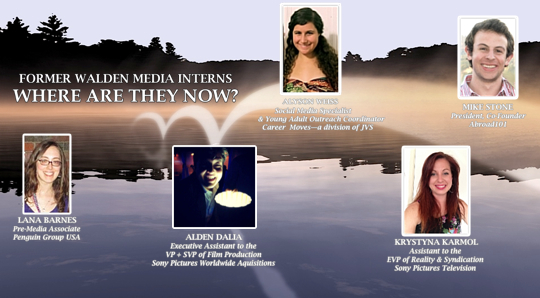 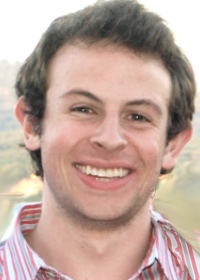 As the co-founder and president of Abroad101, the first and largest study abroad review website, I love the fact that my team and I are building a community that can help returning students share their experiences so future students can choose the best program for their needs.

A native Bostonian, I graduated Tufts in 2007 with a BA in Psychology and a minor in Communications and Media Studies. A high school trip to France became the “gateway” to my travel addiction, as well as my decision to invest savings in experiences over material goods.  I had the opportunity to study abroad twice in college, Melbourne, Australia, and Talloires, France, where I later returned and taught a global citizenship workshop for high school students. I am also extremely passionate about film production, education, and social entrepreneurship.

While at Tufts, I remember attending a presentation by Walden co-founder Cary Granat, and after learning more about Walden Media’s mission and corporate values, I knew that it was an organization for which I would be privileged to work.  During the summer of 2004, I was thrilled to join the Boston office as an intern, where I had the opportunity to work with the project management team on Charlotte’s Web and gained exposure to the behind-the-scenes production of The Chronicles of Narnia: The Lion, the Witch and the Wardrobe.

I am a huge proponent of molding a career around your passions and strengths while finding an opportunity to serve a demonstrated need and positively impact society, and I feel that my time as an intern at Walden greatly influenced those values.  Walden’s commitment to producing high-quality films with sustainable educational programs instills a greater excitement for literacy and continued learning among their global audience. These ambitious goals inspired me to pursue entrepreneurship, and with Abroad101, we know that if every student studied abroad, our world would be a significantly more informed, accepting, and dynamic place.  The fact that our website encourages such global citizenship provides more adrenaline than coffee any day!

What impressed me most about Walden was the culture that simultaneously valued innovation, conscientious work ethic, and collaboration.  I recall Micheal Flaherty inviting me into a meeting during my first week on the job to review freshly captured Narnia footage from New Zealand.  Surrounded by Walden’s founder and numerous superiors, I was then asked my thoughts and actively engaged in the meeting.  I found Walden’s horizontal leadership structure to be incredibly effective, and it has served as an inspiration for me as I have grown our team at Abroad101.

In fact, one of our most impressive team members was a former Walden intern.  Not only did this shared background instantly facilitate a connection during her interview, but I found this fellow “Walden alumnae” to approach very complex, time-sensitive projects in a creative, results-driven, and socially conscious way.  Coincidence?  I think not!

I look back at my time at Walden very fondly, and appreciate the incredible efforts that their team has made to maintain a very close alumni community of interns.  I feel lucky to have had the opportunity to experience such a successful entrepreneurial venture with positive social impact at a more established stage, and I am motivated to create an equally empowering and collaborative atmosphere at Abroad101.