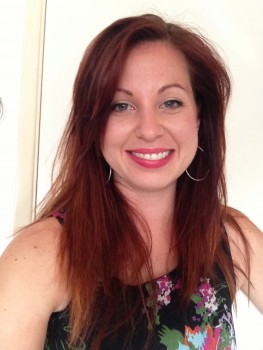 I started out my college career hoping to land in feature films.  Through all my experiences in and shortly after college, I realized that was not the place I ultimately wanted to end up.  If I can offer one piece of advice, it would be to never turn down a job that excites you, no matter how far it may steer from the plans you’ve laid out for yourself.

At Walden Media, I was a marketing intern which provided me with experiences I would have never otherwise have been exposed to.  I saw both the small and broad strokes that made it possible for their books to reach all kinds of readers—and even how they turn books into film adaptations (a love that still peaks my interest to this day).  I spent my last semester at Emerson College in Los Angeles, interning at The Jim Henson Company in their features department.  I was their only reader, covering scripts and novels for them each day I was there.  This was a killer opportunity to polish my writing and analytical skills while being a voice within the nucleus of this company.  It was an invaluable experience.

Upon graduating, I moved straight to Los Angeles and took the first job I could get.  Once again I found myself back in marketing as a receptionist for a Marketing Company, Digisynd.  I got excited about this young company, potentially seeing a future for myself in a field I never before considered.  After a couple months there I decided to reach out and search for something in the television and film field just to see what was available.  I soon landed a position as an assistant/ production coordinator for High Noon Entertainment. This leads me to my second piece of advice.  Everyone you know is a potential contact.  I got an interview for this company through an old professor who I hadn’t spoken to in months.  Put your ego aside and always ask for help.  People naturally want to help others, especially if you’ve proved yourself to be reliable and hard working!

From there I went in and out of various assistant positions before landing at Sony Pictures Television, my current spot, where I assist the Executive Vice President of Reality and Syndication.  Working at a studio has led to endless lessons and although I may not have originally thought I’d end up in Reality TV, I’ve found that I really enjoy the work.  When you’re just jumping into a career it can be easy to put blinders on and only work towards the goal you have in mind, but experiences along the way can show you new things you never knew you were could be good at and love.  It’s important to always welcome new avenues and experiences.