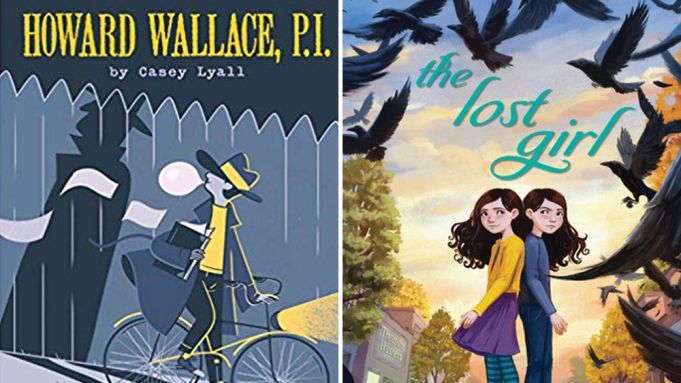 Drew Barrymore To Adapt THE LOST GIRL for TV

Drew Barrymore is dipping her toe into the middle grade space! Deadline reports that Barrymore’s Flower Films, in a partnership with Entertainment One and The Mother Company, will executive-produce two series based on young adult/ middle grade books, Walden Pond Press’ own THE LOST GIRL, by Anne Ursu, and Casey Lyall’s Howard Wallace, PI.

THE LOST GIRL is described as “a darkly-hued, magical, hour-long series following identical twin sisters who, after being separated for the first time, find their quiet, suburban life unravelling. Strange occurrences begin to percolate in their small Midwestern town that set off an ominous mystery they will be forced to uncover in order to survive.”

“We are thrilled to produce impactful content geared toward the growing young-adult audience. There are no better teams to begin this journey with than The Mother Company and Flower Films,” said Peter Micelli, Chief Strategy Officer, Film & Television, at eOne.

“Entertainment One is a perfect partner to help us amplify our mission to create engaging shows that inspire a generation of good people. Together, we’re focused on growing global reach and bringing the best content to audiences worldwide. We are ecstatic to create with this phenomenal team,” said Samantha Kurtzman-Counter, President, and Abbie Schiller, CEO, of The Mother Company.