DORA THE EXPLORER… the movie! 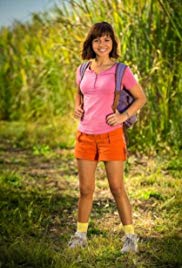 We’re thrilled to announce that we are joining the DORA THE EXPLORER movie! The live-action movie will be based on the ever-popular show that ran on Nickelodeon for 14 years. Paramount has the film set for an August 2, 2019 release.

“Movies like DORA is what Walden Media is all about: creating content that sparks the imagination and entertains the whole family,” said Frank Smith, president and CEO of Walden Media. “We are so thrilled to be part of this incredible IP with Nickelodeon and Paramount.”