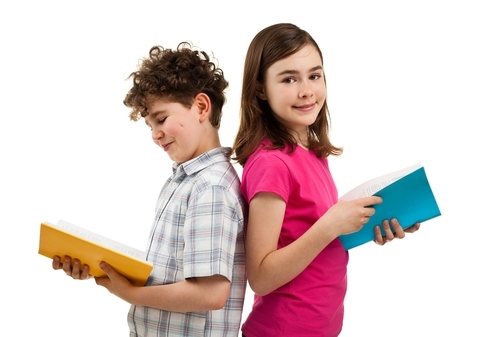 If we were to put you on the spot right now, we're guessing you could name a book that's affected you in a lasting way. Whether it changed your perspective on a topic, educated you on a different point of view or simply left you helpless in the grips of a great story, there's something in those few hundred pages that left an indelible mark upon you as the reader.

There are untold numbers of amazing books out there, but since it's impossible to read all of them, the helpful folks at Amazon recently set out to compile a list of the 100 Books to Read in a Lifetime. The company's editorial team made a conscious attempt to balance fiction and nonfiction, and to include books that covered all stages of life, according to CNN. Apart from that, they did not use any specific methodology to determine which books should make the cut — they simply went with the books their editors thought were worthy of inclusion.

"With 100 Books to Read in a Lifetime, we set out to build a roadmap of a literary life without making it feel like a homework assignment," said Sara Nelson, the editorial director at Amazon.com. "Over many months, the team passionately debated and defended the books we wanted on this list. In other words, we applied plenty of the bookish equivalent of elbow grease, and we can't wait to hear what customers have to say about our final picks."

The final list spans a range of genres, styles, eras and topics, and includes titles that readers of all ages will recognize, from The Very Hungry Caterpillar to Pride and Prejudice.

The Giver earns honors
Earning, in our minds, a well-deserved spot on the list is Lois Lowry's The Giver. Labeled as a "classic dystopia" story, Lowry's Newbury Medal-winning book inspired readers to examine the pitfalls of a seemingly perfect society and to consider the meaning of a life without choices.

The Giver has been credited with sparking a new wave of futuristic, dystopian literary works aimed at tweens. many have drawn parallels between YA sensation The Hunger Games — which also made Amazon's list — and The Giver, especially regarding the intense trials and tribulations the youthful main characters must face. Another similarity between the two is that The Giver, like The Hunger Games before it, is currently being adapted for the big screen. We at Walden Media are very proud to have partnered with The Weinstein Company in bringing this revered book to theaters this August.

The unanimous picks
Due to the undeniably subjective nature of their task, the team behind the list was able to reach unanimous agreement on only five books. Notably, three of the five are books most commonly read in childhood: Little House on the Prairie by Laura Ingalls Wilder, To Kill a Mockingbird by Harper Lee, and Charlotte's Web by E.B. White. We think these are all terrific choices, particularly Charlotte's Web, a book to which we feel a special tie, having adapted it to the screen in 2006.

Dubbed a "timeless classic" by Amazon's judges, Charlotte's Web's messages of friendship, sacrifice and love have moved millions of readers since its 1952 publication. Few other books have the ability to evoke an emotional response from children and adults alike, making this story of the bond between a spider and a pig truly one of a kind.

Share your thoughts
While there may be some classic tales that almost all readers can agree on, some of the other inclusions on Amazon's list are a bit more controversial. Should Valley of the Dolls by Jacqueline Susann take up a spot that could have gone to Emily Brontë's Wuthering Heights? Is it right that recent publications like Rebecca Skloot's The Immortal Life of Henrietta Lacks landed a selection, but Victor Hugo's Les Misérables did not? What book that left a lasting impression on you was overlooked by the judges?

What do you think of Amazon's list? We'd love to hear from you on our Facebook page.

THE GIVER in theaters summer 2014.