Book-to-Film Adaptations: A Different Lens on “The Giver”

A Different Lens on “The Giver”

In the months leading up to The Giver’s release, social media was abuzz with devoted book lovers’ fears that the movie would not stay true to Lois Lowry’s cherished work. Even after the movie was released, people discussed whether or not they liked it in relation to how close it was to the book. Certainly, readers create a mental picture—a mini-movie, if you will—of the plot, characters, and scenery described by the writer. When a director comes along and changes that, we sometimes feel like we’re experiencing a different story entirely.

We’d definitely call ourselves book lovers here at Walden Media (in fact, we’re so into books we publish them!); so, when a book is turned into a movie, we understand how hard it is to let go of the way we might have envisioned the story when it was just words on paper. However, adaptation is truly an art form, and we should commend filmmakers (such as Phillip Noyce, director of The Giver) on their ability to turn beloved words into real-life images that move and speak and tug our heartstrings. Adapting a book for the screen is hard work—one that involves precise visual storytelling. So let’s take a look at The Giver’s journey from book to screen. 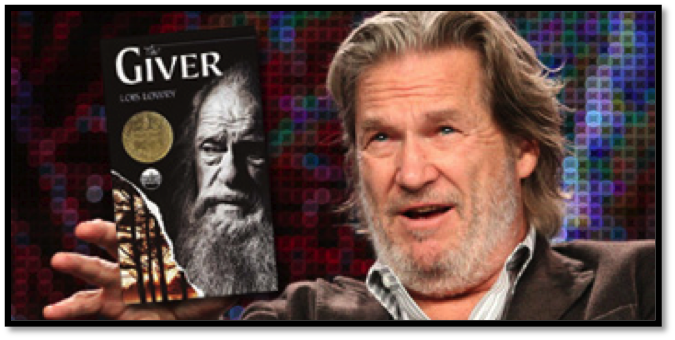 In 1996, Jeff Bridges began the process of turning The Giver into a movie. He wrote script after script, all of which were rejected. Perhaps this is because, as Lois Lowry put it, the book is “‘Introspective, quiet, and short on action’ [which] translates to ‘tough to film.’” (Huffington Post). The book is largely about a boy’s internal struggle, making it very difficult to translate this unseen conflict to film’s visual medium.

“How can it be that difficult?” you may ask. Well, let’s try an adaptation exercise to see how we might translate book to moving image. The plot: A boy has to decide whether he will go to basketball camp for the summer or stay and work at his uncle’s bike shop. The adaptation dilemma: On page, you can read every descriptive detail about the boy’s thoughts. However, if there is no narration in the film and, therefore, you can’t hear the boy’s thoughts, how do we show the deliberating? Visual storytelling possibilities: The boy could pour out his close-to-empty piggy bank on his bed, showing us that he may want to earn a little more money over the summer. Or maybe he could lie on his bed, spin a basketball on his forefinger, and stare at his walls lined with posters of basketball stars. Or perhaps he could leave a voicemail for his grandfather explaining the situation and asking for advice.

From this example, you can see a variety of ways to communicate visually this story element of thinking. We understand that the boy is making a difficult decision whether he’s on the phone, counting his money, or playing with his basketball. Granted, each example has a different connotation, but they all attempt to fulfill the same purpose. And oftentimes we find that, in the end, it’s more important that the idea of thinking is portrayed more than how we get there.

So, let’s take a second look at The Giver. What were some of the changes made? And were those changes “true” to the book?

“[The director, Phillip Noyce] was so meticulous. He kept the book in front of him during the whole process. That was my biggest relief, that they were dedicated to preserving the intent of the book.” – Lois Lowry  (CS Monitor)

One difference between the book and the film are Fiona’s and Asher’s changes in occupation. In the beginning of the book, Jonas and Fiona volunteered at the House of the Old together. At the graduation ceremony, Fiona was assigned to continue her work in the House of the Old, due to how well she flourished there. In the movie, however, Fiona’s assignment is to work at the Nurturing Center instead. How does this change still stay true to the book?

Firstly, Fiona’s shift in occupation does not take away from the fact that she is a kind, nurturing person. She can show her tenderness and concern for others in either location – the House of the Old or in the Nurturing Center. Secondly, both institutions are most heavily involved in the “releasing” (euthanasia) of their patients. The guilt of unknowingly killing the helpless is on her shoulders with either occupation.

Fiona’s change in occupation also becomes a useful tool in bringing her closer to the subplot involving Gabriel. Therein, the story elements become even tighter, which is a helpful structure when you have a limited amount of screen time to convey the whole plot! Instead of releasing faceless characters in the House of the Old, Fiona is now in a position of potentially doing harm to a character we know and care about—Gabriel the baby.

The same concept of using and reusing elements in a film may explain the shift in Asher’s occupation as well. His job in the book (“Assistant Director of Recreation”) and his job in the film (“Drone Pilot”) are positions of leadership and authority. Both jobs incite the rapid maturation Asher undergoes in the book and in the film. In the film, however, the position of pilot more immediately involves Asher in a plot turn later on: the elders’ mission to find Jonas after he escapes with Gabriel. Instead of unknown pilots attempting to thwart Jonas’ mission, it is one of Jonas’ dearest friends. It develops Asher’s character, helps to reduce the amount of characters, and tightens the plot overall.

The movie adaptation changes Jonas’ age from 12 to 16. Phillip Noyce noted that this alteration intended to increase the main character’s relatability. In an interview, Noyce explained that,

“The decision was made in order to maybe extend the audience’s connection to the character’s experience, because we know 16, 17 or 18 is – in our society – the normal time of rite of passage from childhood to adulthood.” (The Wrap)

At first, Lois Lowry was concerned about the difference. But once she saw Brenton Thwaites’ portrayal of Jonas, her fears subsided. Lowry recalls,

“I thought, oh yeah, it works. Right away you see that he’s the same as the 12 year-old, he’s young, he vulnerable” (CS Monitor)

As we mentioned before in our thinking example, it’s more important to convey the idea of innocence, vulnerability, and coming of age in a way that lends itself to the medium of film, rather than force a script to follow the source material to a T.

Those of you who have not read the book might be surprised to learn that the character of the Chief Elder (played by Meryl Streep) does not exist in such an expanded form in the original text. This script development was quite welcomed by Lois Lowry, who remarked,

“The movie made much more complex the character of the Chief Elder… And then once they cast Meryl Streep – who never would have taken the role the way I wrote it in the book – the quality of her acting, just the turn of her eyes or the way her mouth curves, it was astounding to watch her. Now I wish I could go back and write the book the way she performed it.” (CS Monitor)

Wrapping Up What We’ve Learned 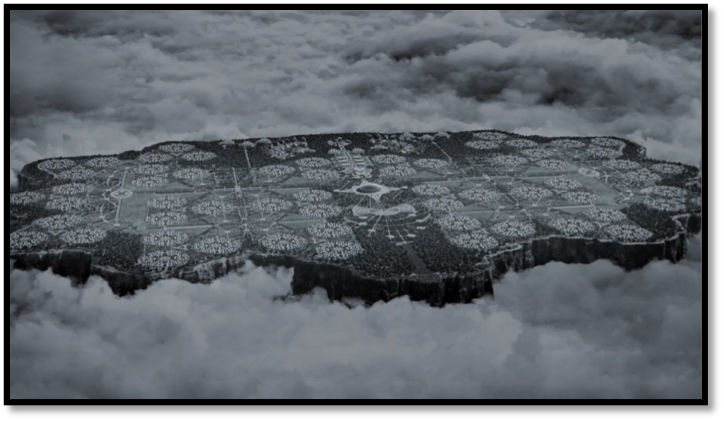 The Giver, as a book, has touched, shaped, and delighted the lives of many children and adults, and the film is in no way a replacement of this incredible book. Rather, it is a manifestation of it—the themes, characters, and elements that we all found so compelling. It’s an attempt to enhance the incredible story that Lowry created for us. Lois Lowry explained it best when she said,

“A book is such an individual and private thing. The reader brings his or her own history and beliefs and concerns, and reads in solitude, creating each scene from his own imagination as he does. A movie, by its nature, puts it all out there, makes it visual. It’s what I love about film, actually: the composition of each scene, the lighting, the color… or lack of color. But film must incorporate details that a reader might have pictured in another way. A costume designer decided what little Gabriel — and all the other infants in the Nurturing Center — wear. Maybe you had dressed them differently in your mind. A set designer created the plans for the dwellings in which Jonas and Fiona and all the other members of the community live. If you imagined a different kind of dwelling, as I did, then you have to adjust your thinking. The landscape through which Jonas travels with the kidnapped baby is not the landscape I saw inside my head; the cinematographer gives us something vaster, more magnificent, and infinitely more hostile to a desperate boy trying to save an infant and the whole world.

The important thing is that a film doesn’t obliterate a book. The movie is here now. But the book hasn’t gone away. It has simply grown up, grown larger, and begun to glisten in a new way.” (Huffington Post)