Walden Media specializes in entertainment for the whole family, creating movies, books and television series that spark the imagination and delight all generations. A subsidiary of the Anschutz Film Group, Walden Media projects include adaptations of notable books, compelling biographies, thrilling accounts of historical events, moving family dramas and fantastical adventures. The company’s properties are entertaining and commercial, while also telling stories that are inspirational, explorational, and aspirational.

Notable films include the upcoming Finch on Apple TV +, Wonder, Everest, Dora and the Lost City of Gold, A Dog’s Purpose, the Journey to the Center of the Earth franchise, Charlotte’s Web, Bridge to Terabithia, The Chronicles of Narnia franchise, and Holes. Walden has also created the critically acclaimed series, The Baby-Sitters Club, for Netflix. Award-winning books co-published by Walden Media include National Book Award nominees Orphan Island by Laurel Snyder and The Real Boy by Anne Ursu, as well as the Newbery Honor winner Savvy by Ingrid Law. 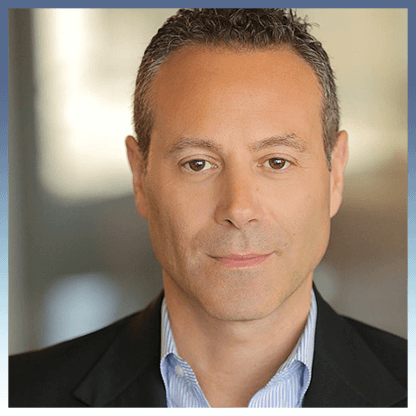 Frank Smith is President and Chief Executive Officer of Anschutz Film Group (AFG) and Walden Media. Smith has been with AFG since 2003, and currently oversees all aspects of AFG’s operations (development, physical production, publishing, marketing and outreach, finance, legal and business affairs). Smith has been an executive producer for Walden Media on film and streaming projects since 2013. His most recent credits include the Netflix original series The Baby-Sitters Club, as well as feature films Everest, A Dog’s Purpose, The BFG, and Wonder. He also works directly with The Anschutz Corporation on strategic planning and general operational issues. During his tenure with AFG, Smith has been lead counsel overseeing large budget motion picture franchise projects, co-production finance and distribution deals with major studios, as well as structuring foreign corporations for multijurisdictional film production tax incentives. In the past, Smith has overseen business and legal affairs for AFG and Walden Media on numerous films including the Academy Award®-winner The Chronicles of Narnia: the Lion, the Witch and the Wardrobe, along with Journey to the Center of the Earth  and the second and third “Narnia” films, Prince Caspian and Voyage of the Dawn Treader, as well as Parental Guidance, and others.

Prior to joining AFG in 2003, Smith was Vice President of Business and Legal Affairs at New Line Cinema/Fine Line Features, in charge of legal acquisitions of motion picture content, as well as overseeing business affairs for development, production, financing, and distribution of motion pictures.

Smith received his J.D. from New England Law and earned a Bachelor of Science in Business Management from Pepperdine University. Smith is a noted published author in the area of copyright law. 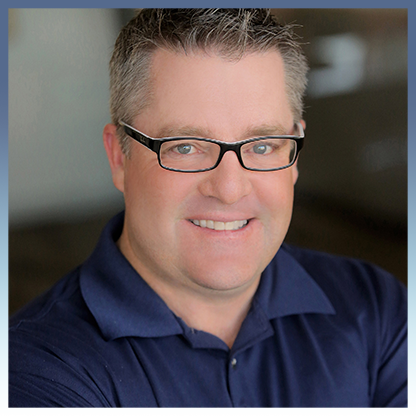 Ryan Jones has worked at Anschutz Film Group (AFG) and Walden Media since 2006 and has been responsible for financial planning & analysis and structuring talent deals and co-financing agreements on numerous films, including The BFG, Everest, and the “Chronicles of Narnia” franchise. Jones was responsible for overseeing the asset sale and disposition of large scale library content for AFG. Currently Jones oversees corporate finance and strategic planning.

Prior to AFG, Jones was Executive Director of Finance at Lionsgate as well as MGM Entertainment, overseeing deal analysis and FP&A.

Jones received his MBA from UCLA and a Bachelor of Science in Mathematics from Pepperdine University. 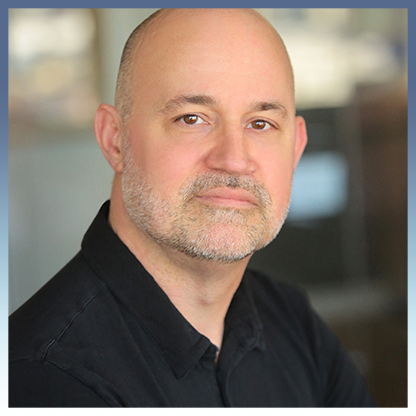 During his entertainment industry career, Balazs Laszlo has held positions at Anschutz Film Group (AFG) and Walden Media, Universal Pictures, Twentieth Century Fox, and DreamWorks.
Laszlo joined Walden in 2006, where he plays an integral role in heading all business and legal affairs for the company, including negotiating individual talent agreements, overseeing motion picture and television production activities and managing co-financing arrangements with studios and distribution partners.

Since becoming Executive Vice President in 2018, he has advised the management team on creative, business and financial strategy. He has helped to structure complex asset deals and guide the company through a changing entertainment landscape as Walden continues to grow.

Before joining Walden, Lazslo was counsel in Universal Pictures’ motion picture legal department for five years, where he was responsible for legal support for a wide range of business units, including development projects, productions at various stages, management of term deals and support for corporate legal matters.

Laszlo’s first studio position was at DreamWorks in 1999 working with Laura Fox, then head of motion picture business and legal affairs for the company founded by Steven Spielberg, Jeffrey Katzenberg and David Geffen.

Laszlo began his legal career working for famed independent producer Roger Corman, who mentored and gave a start to many young film directors such as Francis Ford Coppola, Ron Howard, and James Cameron, and who has been producing, financing and distributing independent film and television projects since the 1950s.

Laszlo holds a law degree from Whittier Law School and a joint BA degree in History and English from University of California, Riverside. 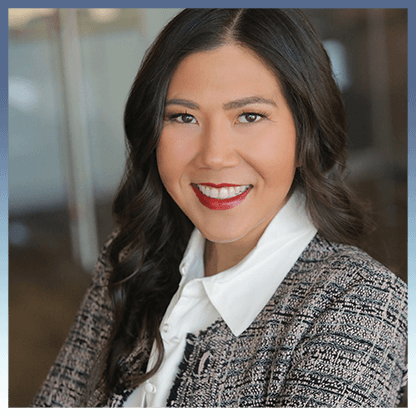 As Executive Vice President of Development and Production at Anschutz Film Group (AFG) and Walden Media, Naia Cucukov has a passion for identifying diverse, uplifting and inspiring projects and helping them grow into movie and television magic. A native of southern New Jersey, she grew up loving film and ultimately discovered her affinity for production while receiving her B.A. in Modern Culture and Media from Brown University. Like many entertainment executives before her, Cucukov started in Hollywood as an assistant at CAA followed by a post at Legendary Pictures. She then made the transition into the role of Creative Executive at Bold Films followed by the opportunity to work with Sir Richard Branson as the Director of Development at Virgin Produced. While at Virgin, Cucukov oversaw creative programing for the Virgin Produced Channel onboard Virgin Airlines and co-produced the award-winning short film Departure Date, the first film shot on a plane and edited while 35,000 feet in the air.

Since her start at Walden in 2013, she has overseen production and acted in an executive producer capacity for: The Giver, based on the bestselling book by Lois Lowry; Universal and Working Title’s Everest, based on the true story of the 1996 Everest disaster; Disney’s The BFG, a Steven Spielberg-directed adaptation of Roald Dahl’s beloved novel; A Dog’s Purpose and A Dog’s Journey, parts one and two of the beloved series by W. Bruce Cameron; Sony Animation’s The Star; Lionsgate’s Wonder, based on the bestselling middle grade novel, which has grossed over $300 million dollars worldwide; Paramount’s live action Dora the Explorer, and Playing with Fire, starring John Cena. She is currently overseeing a diverse slate of films including the Tom Hanks- starring sci-fi film, Bios with Amblin and Universal Pictures and Rumble, an animated feature from Paramount Animation. She executive produced the upcoming The Baby-Sitters Club series and Babysitter’s Guide to Monster Hunting
film with Netflix, and continues to push the company into television and streaming alike.

Additionally, Cucukov is an active board member of CAPE (Coalition of Asian Pacifics in Entertainment), a captain for the Times Up Entertainment AAPI group, A+, and is a member of Women in Film. She spends her free time volunteering with Reading to Kids and the Brown University Alumni Organization, or with her Miniature Dachshund, Sharky. 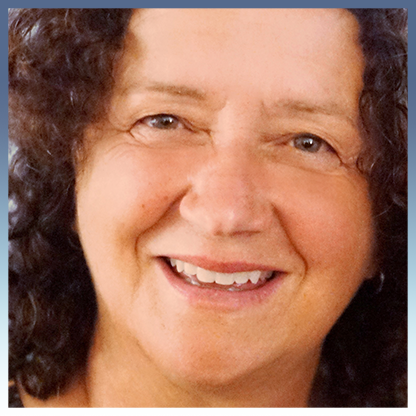 Deborah Kovacs is responsible for Anschutz Film Group (AFG) and Walden Media’s activities in book publishing and acts as liaison between authors, studios, publishing, and educational partners creating initiatives to promote awareness of Walden’s film, television and book projects, maintaining and underscoring the company’s longstanding commitment to education and literacy. Kovacs is also responsible for Walden’s social media and web presences. She has been a member of the Walden team since 2001.

Kovacs initiated Walden’s involvement in publishing by producing companion books based on James Cameron’s Ghosts of the Abyss (2003). From there, she went to on establish and manage Walden’s two co-publishing partnerships. The first, with Penguin Books for Young Readers from 2004-2008, resulted most notably in the New York Times bestselling, Newbery Honor-winner Savvy by Ingrid Law. Since 2008, Kovacs has been responsible for Walden’s collaboration with the HarperCollins Children’s Books middle-grade imprint Walden Pond Press. Walden Pond Press has published more than sixty books, including National Book Award nominees The Real Boy by Anne Ursu and Orphan Island by Laurel Snyder as well as the Global World Read Aloud selection A Boy Called Bat by Elana K. Arnold and the acclaimed, multi-award winning Ms. Bixby’s Last Day by John David Anderson.

Kovacs began her career at Children’s Television Workshop, now Sesame Workshop, where she was editor of Sesame Street Magazine. She was also an editor in Scholastic Inc.’s magazine group and later spearheaded that company’s entrance into interactive media.

Just prior to joining Walden, Kovacs was Editor-in-Chief of Turnstone Publishing Group, producers and publishers of documentary-style children’s books, educational materials and websites created in partnership with Woods Hole Oceanographic Institution, Smithsonian Tropical Research Institute and others. She is also author of more than thirty children’s books, both fiction and non-fiction.

Kovacs enjoys mentoring new writers at Hamline University’s MFA in Writing for Children and Young Adults program, at Simmons University’s MFA in Writing for Children program, and at the Highlights Foundation. She also serves as a volunteer grant writer for Our Sisters’ School, a middle school in New Bedford, Massachusetts that provides an impactful, experience-based education to a diverse community of girls from underserved families.

Andy Rackauskas has worked at Anschutz Film Group (AFG) and Walden Media since 2007 and has been responsible for financial reporting and analysis including budgeting and enforcing company policies and procedures. Rackauskas controls treasury functions, domestic and foreign production funding, government compliance, and audits.